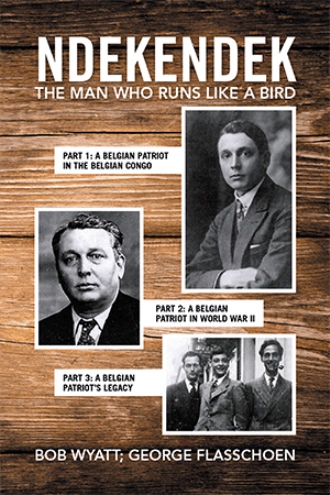 Josse left the meeting with weak knees. The stories were so graphic. He had to do something to help the people. When he arrived home he hugged his family and held on to them. Josse looked at his house, the truck that provided transportation for them, the pantry of food that insured they would have good meals for weeks to come. His workers kept the entryway swept so that it made a good impression on those who visited. He trimmed the edge of the straw roof to have it look nice and straight. Those things seemed insignificant when compared to the plight of the natives. He looked at the people that surrounded him and felt truly blessed and at the same time guilty. How could he enjoy all of this knowing that people throughout the Belgian Congo were starving, being tortured, dying? Francine read his face. She led him to the patio and asked the maid to bring a cool drink. The boys came and sat down with them. “Josse,” she began. “I know that look. You stop it right now.” Josse started to raise his voice but Francine continued. “You are feeling guilty for what is being done to the people of this country,” she said. “It is not your fault. You did not bring about this terrible system but you have established a district that is fair and just. You constantly are helping refugees and putting them to work. You are a light in a horribly dark continent.” “I've tried to change things and to help the natives,” said Josse, “but the task is so big and the forces powerful that maintain the evils in this country. It overwhelms me to think what is needed to help change things.”“You have worked with the missionaries to help natives read and write and to improve their standard of living. They not only can read and write now but can add and subtract. Because of you the workers in this district get paid, are protected, have a chance of becoming something. The ground work began here and you started it so don't get down on yourself.” Josse looked at his sons. They had grown so much the past three years. Josse again questioned if it was right to have them here when it was dangerous. To secure their safety Josse had organized a security team to prevent the public force from coming and taking workers or killing his family. The natives accomplished a lot on the plantation and in the business world of Africa. They were known for their honesty and hardworking examples, but it seemed the more success the workers had the more others sought to tear them down.

Ndekendek: The Man Who Runs Like a Bird is an account of the life of Josse Flasschoen and his relationship with two boys he briefly met at the Paris Exhibition in 1900. Their lives are going different directions, but keep circling back resulting in confrontations between them.. Josse was nicknamed Ndekendek by the tribes of the Belgian Congo where he operated a palm oil plantation while working to uplift the people. The story expands to three continents before climaxing with disturbing results that deserve a reexamination for justice. The account is shared by George Flasschoen, son of Josse, who lives in Lee’s Summit, Missouri. Bob Wyatt is the writer.

GEORGE FLASSCHOEN George Flasschoen was sent to the United States in 1944 as part of the adoption program for orphans as a result of World War II. He spent the final years of his high school days in Newton, Kansas, and went on to earn a BA degree from Bethel College in North Newton, Kansas, majoring in languages, education, and history. He added an MA in history from the University of Missouri–Kansas City and did additional study at Kansas University, the University of Nebraska, and the University of South Dakota. He taught foreign language in De Soto, Kansas, for ten years; successfully unified the Clearwater School District in Nebraska; and was a full-time instructor in the Academy of Kansas City Charter School. He supervised the publication of a trilingual magazine, The Hearth, in English, French, and Spanish. Copies are available in the Library of Congress in Washington, D.C. He received a grant from the National Humanities Faculty for developing a program for teaching French and Spanish. He later received another grant for a federal study for teaching French. In 1979, he began a twenty-two-year historical research project on World War II. During that time, he traveled extensively in France, Belgium, Germany, and England, seeking answers to questions he had after the war about what he had witnessed firsthand. This led to an attempt to write the biography on his father. After forty years without success in completing the book, his wife recommended he find a writer to do the book. BOB WYATT Robert W. “Bob” Wyatt was a friend of George’s wife in earlier years. She invited him to listen to George’s story after she read one of Bob’s books. After their first meeting, plans were made to meet every Wednesday to write Ndekendek. Bob commented that he left with tears most Wednesdays after hearing more of the story of the Flasschoen family. Bob graduated from the local high school in Leeton, Missouri. He went on to earn a BA in Bible from Central Christian College of the Bible, a bachelor of music education and master’s in education from the University of Central Missouri in Warrensburg with additional study from Johnson Bible College in Kimberlin Heights, Tennessee. His background includes ministering to two congregations, overseeing a statewide mission program, operating a print shop and three small-town newspapers, directing instrumental and vocal music in high schools, and directing a cultural exchange between Missouri drama and music students with groups in Europe. He currently writes a weekly paper for his hometown and oversees the local Leeton Museum. He has over four dozen published books to his credit. His love for life is demonstrated in his effort to serve others, emphasizing the need for people to work together to lift each other to higher levels of accomplishment.