No Time for Toys 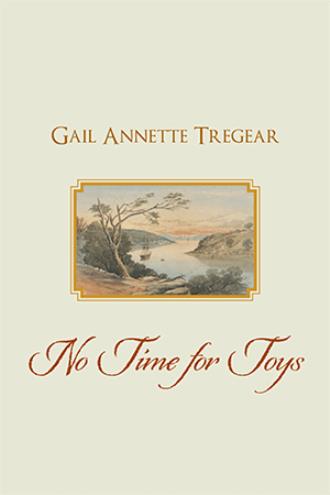 In January 1818, Sarah Elizabeth Thatcher found herself at the age of four alone in the colony of New South Wales. She sailed from England on the Friendship with her convict mother and two older brothers, but sadly, her mother, Martha, died before reaching Port Jackson. Her convict father was already in the colony but was not allowed to care for the children until he was eligible for a ticket of leave. Sarah went to a foster mother and then to the Female Orphan School in Parramatta, where she remained until her father got permission to look after his motherless children. Sarah married James Smith in 1827. She was fourteen, and he was thirty-four. He died in 1839, leaving Sarah a widow with four children under ten. She then met Henry Harren, a political prisoner, and they went to join her father and brother in the Maneroo district, south west of Sydney. From there, they moved to Melbourne where Henry’s sister and brother had arrived in 1836. They were all involved with the Angel Inn and livery stables. Sarah had a grocery business, which she sold, and moved to a market garden in Brighton. When the gold rush came, Henry left and the rest of the family relocated to Ballarat, where Sarah became the postmistress in the gold fields, retiring in her late eighties. When she arrived at Port Jackson, there was no Victoria, no Melbourne, no Canberra, and no Australia. She saw these all happen in her lifetime, but in her very hard childhood, there was “no time for toys.”

Gail Annette Tregear is a journalist specialising in international horse racing, traveling the world to cover major horse racing events. She ran a sweep on the English Derby in Mongolia on one occasion. Despite living in and visiting many exotic places she still calls Canberra home. Gail grew up in Canberra where her father was as a Parliamentary Officer and her mother a champion golfer. Her grandmother’s scrap book fascinated her not only for her grandmother’s story – she was Premier of the Women’s Parliament in Melbourne when women newly had the vote – but also the story of her grandmother – my great-great grandmother and the subject of this book, Sarah Elizabeth Thatcher Smith Harren.