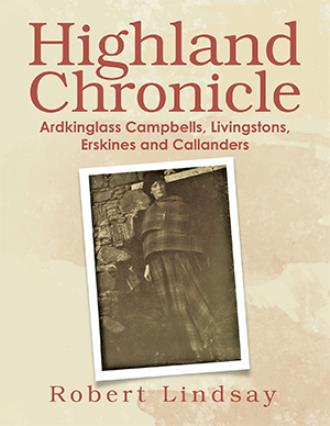 For a period of over 640 years the Campbells of Ardkinglass owned vast tracts of the Highlands reaching from Arrochar on Loch Long, down to Loch Goil and around the east end of Loch Fyne. The family married into the Livingstones, Erskines and Callanders and with these marriages increased their dynastic ambitions. The 4th Laird was slain at Flodden Field with James IV, the 6th Laird was appointed by James V to the Privy Council and they acted as protectors of the King’s interest on the West Coast of Scotland. Two of the Lairds, the 7th and 9th, were indicted for murder but escaped the scaffold. In 1689 with the accession to the throne of the Protestant King William and Queen Mary, the Protestant Ardkinglass Campbells enjoyed greater tranquillity supporting the successful Hanoverian royalist side in the 1715 and 1745 Jacobite uprisings. The 15th Laird led a colourful life as a mercenary documented in two volumes of memoirs. He fought as a volunteer in the Prussian Army in the Seven Years War under Frederick the Great and under the command of Ferdinand of Brunswick, which war greatly expanded Britain’s possessions. He was caught up in the French Revolution and found two of the French King, Louise XVI, dogs wandering the Paris streets and took them back to Scotland. But he had domestic and financial problems and only learnt that he had inherited Ardkinglass in 1813 when he was in a French prison and the 14th Laird had been dead for three years. These financial problems eventually led to the breakup of the Ardkinglass Estate. The 16th Laird and his first wife were the grandchildren of Henry and Thomas Erskine. Henry became Lord Advocate. The youngest brother, Thomas, went to the English Bar and rose to be head of the judiciary as Lord Chancellor and took “trial by jury” as his motto. Thomas successfully represented reformers charged with high treason by a nervous Tory government fearful that French Revolutionary ideas would bring about its downfall. Thomas represented Lord George Gordon on a charge of high treason who presented a petition to parliament for repeal of concessions to Catholics in the course of which procession there were fatalities. He then defended Hadfield, charged with treason for shooting at George III in Drury Lane and obtained a verdict of not guilty by reason of insanity. He also represented Thomas Paine, the author of the Rights of Man and was recognised as the finest orator the English Bar ever produced. The 16th Laird married the beautiful Janey Erskine, but both she and then a second wife died within the space of twelve years, leaving five children without a mother, and then two years later James Henry Callander was himself dead. Of these children only one, Janey Sevilla, had children, being Niall and Elspeth Campbell who were themselves childless. Niall was to become the 10th Duke of Argyll in 1914. He and Elspeth were largely brought up at Inveraray Castle by the childless Princess Louise, daughter of Queen Victoria, who had married the 8th Duke of Argyll. In 1905 the Ardkinglass Estate had to be sold for debt but a portion of the Estate remained within the family, which included Halftown, about which Neil Munro, the Highland author wrote a memorable seminal short story “The Lost Pibroch”. Tahe story tells of the Highlanders who left for foreign lands vowing to return but leaving behind only derelict cottages. One such family that did not return was that of General Douglas MacArthur whose ancestors lived on Loch Fyne. Some Loch Fyne lands with Halftown were retained out of the sale of the estate by Henry Callander, the second son of James Henry Callander who had been deprived by the sale of the bulk of the estate of his inheritance. Since Niall had become Duke of Argyll in 1914 the Estate retained out of the sale passed on Henry Callander’s death to Lady Elspeth Campbell who was the Godmother of the author’s mother. Elspeth was brought up in the Highland tradition. She attracted the attention of Prime Ministers. She had a spectacular “coming out” as a debutante and books such as “The Four Feathers” and even a pipe tune were dedicated to her. Elspeth spoke fluent Gaelic, played the bagpipes, and often accompanied on the piano singers of Gaelic songs. She and her brother believed in the existence of the “wee folk” (fairies) and spoke about ghosts that inhabited Inveraray Castle. Both she and her brother had an astonishing historical knowledge of the Campbell family. She was a devout Presbyterian and supported and financed a minister for the church on the condition that he be a Gaelic speaker. On her death Elspeth bequeathed the unsold Ardkinglass lands to the author’s mother. As to Niall, he had built an impressive bell tower in Inveraray to commemorate the Campbells killed in World War 1. He described in a series of letters to the author’s grandmother the challenges in building the tower; the German air attacks which occurred during the Second World War over Inveraray and the West Coast, as well as his considered views on the existence of the Loch Ness Monster. But with the sale of the Ardkinglass Estates new enterprises were begun and today Ardkinglass has a thriving seafood industry undertaken by the local community, and the cultural and historical traditions of Niall and Elspeth live on in the Highlands.

Robert Lindsay was rummaging in a house he inherited from his mother when he found a treasure trove of letters, photos, and personal effects that revealed some of the turbulent history of the Campbells of Ardkinglass. From 1396 on, they played a large role in the politics and social life of Scotland, and their dynastic ambitions expanded with their intermarriage with the Livingstons, Erskines, and Callanders. The Campbell lairds moved their chief residence from the shores of Loch Goil to Ardkinglass on Loch Fyne in the Western Highlands. The fourth laird was slain at Flodden Field with James IV, the sixth laird was appointed by James V to the Privy Council. The seventh and ninth lairds were indicted for murder but escaped death sentences. The fifteenth laird was a mercenary and fought under Frederick the Great. The short-lived sixteenth laird was the grandparent of Niall, the tenth Duke of Argyll. Neither Niall nor his gifted sister, Lady Elspeth Campbell, married. Elspeth was a fluent Gaelic speaker, played the bagpipes, and was the godmother of the author’s mother. Explore the cultural and historical traditions of Scottish highlanders with this history of a colorful family that played a vital role in artistic, social, and political life.

Robert Lindsay spent his childhood on the shores of Loch Fyne, in the heart of the Campbell country in the Scottish Highlands. His mother inherited lands from a Campbell godmother that belonged to the Ardkinglass Campbells for over 760 years. Lindsay is a lawyer who has written for the Spectator and Legal journals. He has practiced law as a barrister in London, Belize, Fiji, and Adelaide and Perth in Australia. He returns each year to the Scottish Highlands.