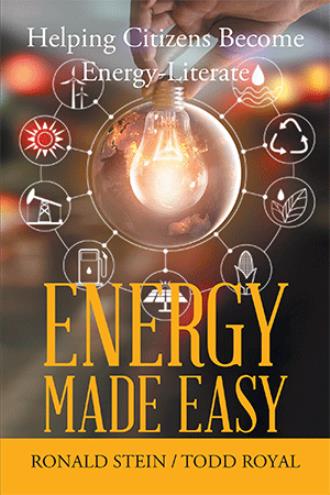 There are billions of people today who are still without reliable electricity and thus forced to burn cow dung and rotted wood for energy that is destroying lives and altering the course of human history. As an example, 600 million Africans do not have electricity, or reliable sources of electricity, to run their hospitals, turn on the lights, or cook their food. To solve these kinds of urgent energy problems requires an understanding about the origin and nature of energy to electricity, its reliability, scalability, and whether the electricity sources being contemplated are cost-effective?

Energy is more than electricity. Electricity by itself cannot support the military, airlines, cruise ships, supertankers, container shipping, and trucking infrastructures. Nor can electricity alone, and especially that generated solely from intermittent renewable sources such as wind and solar, provide the thousands of products from petroleum that are essential to our transportation infrastructure, our electricity generation, our cooling, heating, manufacturing, agriculture—indeed, virtually every aspect of our daily lives and lifestyles.

Energy at its core should empower individuals, nations, and, yes, entire continents. The density of an energy source has been shown to be an effective tool for measuring its efficiency in generating electricity. Therefore, with the widespread adoption of natural gas-fired power plants in the United States; the U.S. has been the only modern industrialized nation to meet the Kyoto Protocol for increased use of energy-dense natural gas over burning coal.

Understanding energy will help us formulate the best energy policies to bring billions of people out of crippling poverty, lowered life expectancies, and even protect them from the allure of terrorism. There is an opportunity to alleviate poverty and war if every person on the planet can be given access to scalable, reliable, affordable, abundant, and flexible energy. When basic facts are ignored or shoved aside for political gain, however, rational energy discussions no longer happen.

A rational response to these realities would be to re-examine our energy needs and available solutions without increasing regulations and imposing top-down government controls that will likely punish middle-class and blue-collar workers. Billions of lives are at stake and the forward progress of humanity by the availability of energy and electricity.

All too often, lawmakers rely on fear tactics to compel public compliance on a given issue, and all too often with the end goal of gaining more power, more money, and more regulatory control over those who put them in office. Alarmism over global warming, climate change, etc., is at the forefront of these fear tactics, but such alarmist conclusions are openly rebutted as we are constantly being bombarded with rhetoric that 97% of all scientists believe that mankind has played a role in changing the earth’s climate. Yet common sense tells us that no large group of people on our planet could ever reach 97% agreement on anything, even the world being round!

The get-off-fossil-fuel leaders like former Vice President Al Gore, former California Governors Jerry Brown and Arnold Schwarzenegger, and billionaire environmental activist Tom Steyer are crusading on behalf of intermittent, dilute, low-energy-density renewables in their quest to “save the world.” These men’s luxurious lifestyles would end once a total reliance on renewables-only eliminated the cornucopia of products that make and move so many things in our advanced societies.

Economies around the world would collapse, infrastructures would eventually deteriorate, and the prosperity of growing populations would dwindle away. And please note: Emerging countries such as China and India, along with Africa, have never indicated that they would allow carbon-free societies, join the get-off-fossil-fuel movement or allow a lack of pipelines carrying oil and natural gas, domestic politics against fossil fuels, or sensitivity to the above-mentioned Western environmentalists to keep them from achieving the First World status enjoyed by the U.S., the EU, and Asian nations like South Korea, Japan, and Taiwan.

Make no mistake. The jet engine and diesel engine that fuel every form of modern transportation would be virtually eliminated by dependence on renewable electricity. And there would be other unintended and catastrophic consequences that these four influential men (Gore, Brown, Schwarzenegger, and Steyer), and western-based environmental organizations have obviously never considered. These would include widespread deaths from weather, and a lack of chemicals derived from refined crude oil that currently feed the planet.

The U.S. Energy Information Administration (EIA) projections to 2040 show that fossil fuels will continue to dominate future global demand, although renewables and nuclear energy will siphon off some electricity generation from fossil fuels. The EIA also reports that nuclear power will be needed to meet climate goals.

We will attempt to educate, while providing the latest technical expertise and solid research, and then let readers decide for themselves. Too often energy policies are mandated after climate catastrophes that make headlines. If weather produces a downpour, forest fire, flood or heat wave, remember climate change isn’t always the reason.

This leads to bad energy policies and a tendency to embrace “climate hysteria.” Environmental concerns and the need to keep powering our modern economy are not mutually exclusive endeavors. Energy Made Easy isn’t intended to be a How-to-Manual or Energy for Dummies, but a tool for policymakers and everyone involved with energy, which is YOU. We hope you enjoy the read, as we’ve attempted to provide the public with more energy literacy and a look at energy in a fresh, new way. 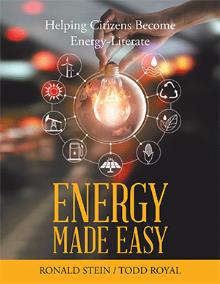 Energy is multifaceted, and Energy Made Easy allows the reader to grasp enough knowledge quickly so they can participate in discussions with family, friends, co-workers, or while watching news reports. The main purpose of the book is to Help Citizens Become Energy-Literate.

As an added benefit to the reader, each chapter is a stand-alone read on twelve energy subjects. The readers may not be interested in the entire spectrum of energy, but can selectively pick, and choose hot energy topics, trending on current news or social media coverage.

It is dangerous and delusional to believe anything can be explained in sound bites, much less energy. This book will make you look at energy and electricity in a new, fresh way, and perspective. We believe this is desperately needed with the upcoming U.S. Presidential election, and global events taking place in China, Russia, Iran, Africa, India, and South America.

Ronald Stein for the last decade, with decades of experiences, as a certified professional engineer (P.E.), has become the private business spokesperson for the energy and infrastructure industries and carries the title of Ambassador for Energy & Infrastructure.

Todd Royal began his career in the energy sector after having his master’s thesis published in the U.S. Library of Congress in 2015. Todd’s scholarly works are on energy, geopolitics, national security, and foreign policy

Together, they’ve summarized in-depth research into a book that can be carried in your briefcase, taught in classrooms, viewed in corporate boardroom PowerPoint’s, or help government leaders be informed about all thing’s energy related.