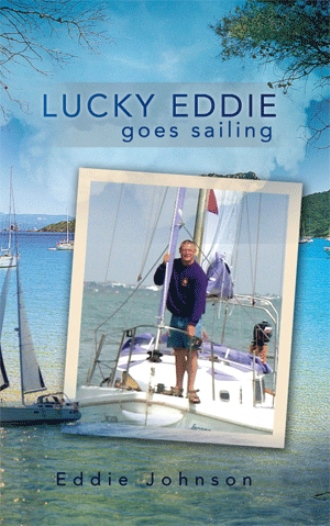 Once the ship had passed we settled down to wait for the next plan to emerge. Finally once we were east of the Shivering sands towers another ship came into view. This ship was coming from Sheerness docks and looked as if it would pass quite a distance from us. I found myself along with my father and our friend jumping up and down shouting “Help were here”! I knew this was futile as the ship was at least a mile away and the visibility was failing, and though I used to laugh when I saw this happen in films it was the only thing that we could do.

Incredibly the crew on the ship did see us and changed course. As the ship circled us were heard a German accent calling to us. “Are you in da trouble”, we looked at each other and the boat. Our first instinct was to shout back that we were all OK and that we always sailed around with a broken mast. But considering our circumstances we decided not to be clever and shouted out yes, and how grateful we were that the ship had come to our assistance.

My father had contacted the firing range and told them our estimated time of arrival before leaving home, so it was no surprise that we were hours later than we anticipated. It was mid summer and we were all just lying about in shorts and T- shirts and there was barely a ripple on the water. We were all enjoying the trip when I noticed a flash coming from Shoeburyness. I turned and immediately informed my father, who began to say “don’t be silly they know were coming”, unfortunately he only got as far as “they know were……….”, when a thundering boom shattered a tranquil sail. This as immediately followed by a gust of wind that must has pushed the boat at four knots for a couple of seconds.

On reaching the bank my father pulled the dingy out of the water and headed for the bridge. We could clearly see him walking around the by the control tower of the bridge for about five minutes, and I believe he was just about to give up and return to the boat when things got a little more exciting.

A military Land rover sped up towards the bridge control tower and two Military Police officer’s jumped out, ran over to my father

and promptly shoved him into the back of the Land rover. They then drove of at speed in the same direction they had come from.

My father did have a slight problem when putting the wheel on. The fitting to fix the wheel too was round while the hole in the centre of the wheel was square. To get over this obstacle he used a generous amount of plastic padding to fill the void between the wheel and the spindle. We were coming up toKingsFerryBridgeand I was at the helm and as per usual the bucket was lifted up the mast.

As today there was always a wait while the demigod operator who lives in the bridge decides when we are worthy enough to lift his mighty bridge. Until the mast can clear the underside of the lifting bridge we would circle. As we approached for our second or third turn the wheel stopped responding and as I tried in vain to will the boat to turn the wheel came off in my hands.

Like most of the Wharrem catamarans this boat though 34feet did not have a proper heads, and after finishing the Chinese food Mick decided he needed to use the heads. Like my father’s boat prior to the rebuild the net on the front was seen as the gents.

My father did mumble to anyone interested that in his opinion the net looked a bit rotten, but this warning fell on deaf ears. Mike staggered to the bow of the boat and dropped his jeans and pants and settled into the net. Joe who was not by any stretch of the imagination was standing quite close coiling a rope. Suddenly the net on which Mike was sitting gave up trying to support the weight of Mick.

Mick vanished into the cloudy depths of the harbour, when he surfaced he was immediately having problem

Eddie Johnson was born in 1964 and brought up sailing on his father’s self-built Catamaran. This was a time when only the rich had VHF radios and mobile phones were science fiction. Presenting true stories with a large dose of humor, events and situations are described that give his writing a unique slant.