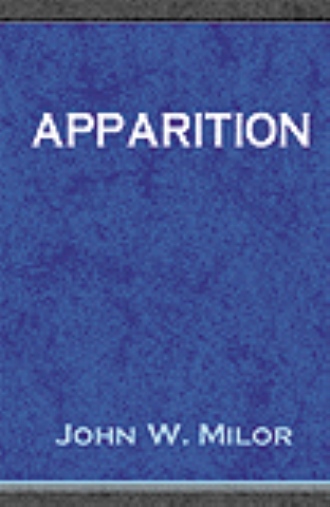 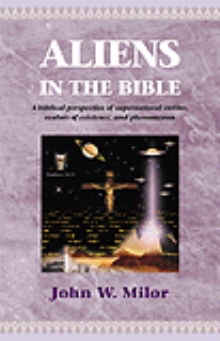 Apparition begins with the attempted suicide of Simon Cross; a man plagued with the tragedy of losing his wife.  Instead of escaping his sorrow, he awakes from a coma four years later only to find himself completely paralyzed.  Incapable of moving, or even speaking, he becomes the prisoner of his own body.

Still plagued with the loss of his wife, his only occupation in life is imagining her standing at the foot of his bed.  Over time, the image of his wife gradually comes to life, sometimes appearing no different than a physical person.  At first, he thinks his imagination is simply growing more acute.  But this assumption is soon shattered on one fateful night when she, (the image of his late wife), arrives with open arms, inviting him to join her.  Separating from his physical body, Simon is finally free from the prison of his mortal shell.

From this moment on, Simon´s perception of reality is turned upside down.  His escapades as an apparition traverse the spectrum of emotion.  The horror of demonic encounters, the humor of the ultimate pranks, and the wonder of the unknown, all become a part of Simon´s everyday life.

A physicist by trade, Simon quickly begins to study his abilities, testing by trial and error. These tests become an integral part of his new life.  He quickly discovers that there are many inherent properties in a spirit body.  Universal language translation through ESP, several different modes of travel, an odd relationship with matter, and an immunity to the effects of gravity, weather, and the atmosphere itself, are just a few.  (Every test is accompanied with an unpredictable story).

Armed with his knowledge of physics and creative imagination, Simon´s tests eventually lead him to see what the effects of electrical shock produce on his spiritual body.  To his delight, he discovers that electricity has a healing property that enables him to regenerate his physical body; specifically, his spinal cord!  It isnt long after this that Simon´s physical body rejuvenates, and Simon once again becomes a participant in the world.

Unknown to Simon is the interest he´s attracted from individuals in covert government agencies.  These individuals introduce themselves to Simon shortly after he re-enters society.  Though their motives appear altruistic, their main interest in Simon is getting his help to produce a top-secret military weapon.  This weapon, if produced, would enable the person wearing it to kill anyone, anywhere, anytime, completely undetected.  Secrets could not be kept from him, plots could not be made against him, and no one would be safe from him.  He would be like a demon unleashed on the earth, with all humanity to devour as he pleases.

This synopsis, by far, doesnt encapsulate the entirety of Apparition.  Simon´s romance with the nurse he falls in love with while in the hospital, his narrow escapes from the powers of darkness, his personal journey to faith, and his many friendships, are all an integral part of this thought provoking tale.  I hope this summary is enough to arouse curiosity, but not enough to dispel the joy of not knowing whats around the next corner.

P.S. Check out my latest unpublished manuscript - titled THE PARANORMAL CHRISTIAN - at http://www.AliensInTheBible.com

John Milor was born in Madera, C.A., and currently lives in Fresno C.A. While he has distinguished himself with a BS degree, and is currently employed by the Air Force National Guard as a computer security officer, he has a devout interest in the ancient texts known as the Bible. The enigma of prophesy, and other metaphysical phenomenon contained within the Bible, inspire this author in his quest for truth.