Lure of The Sky 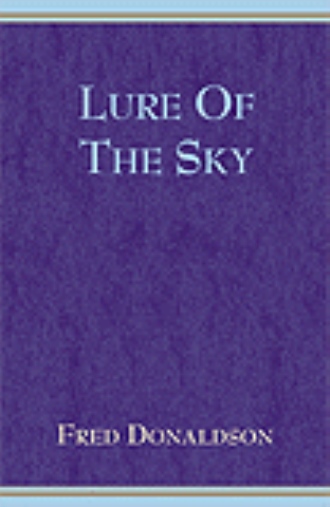 Joe Morgan, Buss Wilson and Frank Dekker have been friends since school days in Bloomfield, Ohio. They are pilots in a B-17 squadron, flying missions from England to occupied Europe.

Their present mission is proving to be a particularly deadly one. They must fly beyond the range of friendly fighters, and brave the lethal anti-aircraft fire and the even deadlier German fighter planes.

The three friends make it safely through the mission, although many other bombers had been destroyed. When they make it back to England, Joe is worried that Frank is about to crack. While Buzz seems to thrive on danger, Franks nerves appear to be shot. During the debriefing, he nearly becomes hysterical.

Later, as the three friends relax over a beer, they reminisce, talking about how they were lured into the sky in the first place.

As the three boys are leaving high school in Bloomfield, Ohio, they see a WACO stunting over the town. After the impromptu air show, the airplane lands in the pasture field of a nearby farm. The three immediately pile into Franks car and drive to the farm.

Eddie Whitten is the pilot, and he is a gypsy barnstormer, offering rides for five dollars a head. The three manage to get a ride and immediately get hooked. They stay after the small crowd that has gathered goes home to supper, then talk to Eddie Whitten.

He tells them flying lessons are expensive, but the government is starting a new program called Flying Sergeants, that offers high school graduates the opportunity to become pilots in the United States Army Air Corps.

The three boys decide to enlist as soon as they graduate in June.

Joe has to struggle with his conscience. He feels his father needs him on the farm, and there is also Cynthia to consider.

His father urges him to follow his heart, and Cynthia promises to wait for him.

During lunch break, a boy makes an insulting remark about a girl Harry is sweet on. Harry beats the boy up and is expelled from school for refusing to give a reason for the fight. He dreads telling his mother, and when he gets home early, he finds her in bed with her lover. Harry is stunned and leaves the house crying.

He runs as fast and as far as he can and when he is exhausted, he sits down to think things over. He decides if his mother, who he thought was an angel, did it, maybe the boy at school was telling the truth.

Harry goes back to school and waits for the girl, Patricia, to come out. She thanks him for defending her reputation, then says she is going to reward him. She leads him to an isolated spot and takes his virginity.

Harry decides all girls are the same and he will play the game. It makes the pain caused by his mother easier to bear. He carries on a love affair with Pat up until graduation, then after enlisting, he doesnt even tell her goodbye.

Basic training proves to be a disappointment for Joe, Frank and Harry. Instead of immediately learning to fly, they discover they must first learn to become soldiers.

On their first pass away from camp, Harry discovers he has the knack of picking up girls. He can also find a date for whoever is with him.

Joe always refuses because of Cynthia, but Harry cuts a wide swath. Through basic, primary and advanced training, Harry finds a succession of willing females. He tries to get Joe to accompany him, but Joe always refuses.

When they finally win their wings and are granted furlough, they return to Bloomfield. Cynthia meets Joe at the train and tells him his father is very sick. She drives him to the hospital and shortly afterward, Harv Morgan dies.

After the funeral, Cynthia helps Joe clean out his fathers house, and on his last night home, she stays with him.

Harry picked up with Pat again. Despite the fact she is now engaged, Harry manages to overcome her defenses. When he leaves for camp again, Pat discovers she has once more been deceived.

Fred Donaldson is the author of two westerns - THE CROOKED TRAIL and THE RAWHIDERS. He has been a pilot for forty years and is part owner and manager of a small grass airport in Ohio.