Dissolution of the Veil 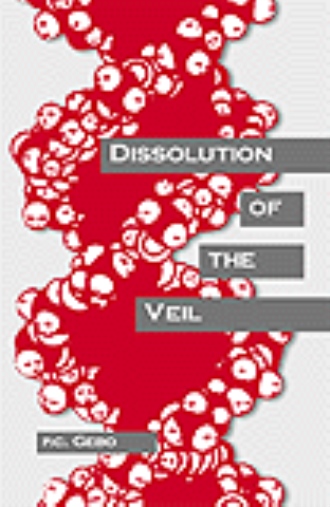 Dr. Paul Noar, an Tri-Consortium Prize Recipient for Advance Research in Recombination, and Dr. Lea Weathers, a young and brilliant biogeneticist, embark on a search for the answer to DNA abnormalities found in recent victims of suicide.  Noar, unknown to Weathers, has uncovered the catalyst for the genetic changes that have lead to this growing trend.  After years of examining declassified government files, he discovers a small-scale biological experiment with cataclysmic potential.  He has enlisted her help to verify his findings.  What Weathers believes to be a widespread mutation is actually the result of a unique, multigenerational study, that has culminated in the dissolution of the veil between the conscious and subconscious minds of a limited number of targets.

Veil Theory, nontraditional scientific speculation on the relationship between the conscious and subconscious mind, is thrown into the mainstream when the offspring of the victims begin to display prescience.  Unfortunately, the money behind the madness belongs to two powerful men determined to own what could be the key to immortality.

Neland Gatti, past Desert Storm and Desert Fog consultant, directs the lab used by Noar in his investigation into discarded government research.  Gatti plays the end game and values only the outcomes he can command.  A cold and calculating chemist, he seizes the opportunity to have the government fund his research by promising the delivery of a new chemical tool for its use.  He has not been able to repeat past successes and this early pinnacle drives him over the edge in his attempt to achieve control of time through his most recent find, the Alys-1 Project.

Cameron Brooks is owner of the Brooks Agency and son of the late Marion Brooks.  His fathers company developed the original Alys-1formula for the Department of Defense.  It was shelved in favor of LSD and mind-control.  Thirty years later, Noar uncovers documents relating to the experiment and Cameron Brooks takes notice, as does Gatti.  But Brooks has the edge.  He is also in possession of a list of children, offspring of the original test group who have begun to mutate and die.  Over the years he has manipulated the lives of three of these children.   A perverse soul, his twisted personality has created sadistic killers of twin boys, soon to be affected by the mutation.  They do his bidding as he directs the actions and discoveries of Noar.

Within six months of her enlistment, Weathers discovers Noars secret files.  She learns that Gatti has given Noar false information and tainted his findings.  When she reveals this to Noar, in the presence of Gatti, Noar is exposed.  He must escape the secret base, where the experimentation has been conducted, and flee to Cameron Brooks.

Dissolution of the Veil becomes a race to find the true formula, and understand its veridical potential before the mutations bend their hosts toward suicide.  It is a competition confused by altered time and displaced reality as the victim experiences past identities and fluid futures.  Veil Theory has become a dangerous fact which threatens the structure of society and the stability of the world.

P.C. Gebo grew up on the move. With each new location, new friends and difficult adjustments became the norm. “It was easier to assume control in a world that I create, than in reality,” she says. “Dissolution of the Veil” contains one of those worlds. P.C. Gebo has lived and worked in Fort Collins, Colorado; a beautiful community located near the Foothills of the Rocky Mountains for the past 20 years.