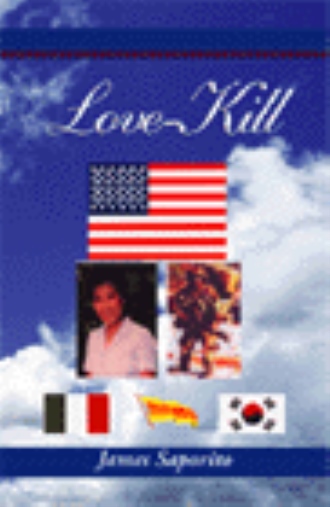 The main character, who migrates to America from Italy as a boy, takes on a lifetime friend.  They find themselves caught at a moment of time that crystallizes lifes turbulent splendors when they risk their lives for one another, fighting in the Vietnam War as U. S. Marines.  Both suffer near fatal wounds and one of them kills himself after committing murder.

The survivor conveys to the reader the power of ones own convictions, and while somewhat exhausted by life, pain and even the pleasures of love for a woman, tolerates his unhappiness as he pursues life itself to not let it slip from his fingers.  His love for only one woman is met with racial discord and he finds himself culturally unfit to gain the womans family approval for him to marry her.

Enduring, but exhausted with the trials of life, the reader watches him oscillate between an unfulfilled love of the woman and life among the underworld.

After years of suffering heartbreak, the man and woman are unified following the death of the womans opposing father.

Because time is endless, the man watches his beloved woman and wife age, as he himself becomes old.

The man suffers with the disease Cancer and begins to drop into his own emotional maelstrom.

Because life, pain and even pleasure exhaust the man, his introverted weariness moves the Books readers deeply and emotionally.

The Book’s Author is an Italian- American. He served with the United States Armed Forces and earned some of America’s highest honors while serving in the Republic of South Vietnam. He obtained a B. S. in Business Management from the University of Missouri and now resides in Northern California.