With Kennedy and Other Stories 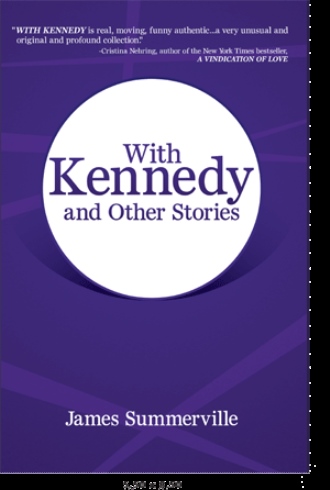 An old woman's disappointment in her children--

James Summerville's stories remark on  the wry outcomes of chance encounters, the ironies of kinship, and the enduring subjects of pride, honor, ambition, and revenge.

What happens when a suburban developer unearths the gold of the Confederate State of America more than a century after the Civil War?  Where can a young man turn when his view of his mentor and his father undergo unsettling change in a single day?  Must an ambitious daughter coming of age in the modern world honor the wishes of her father, born in the last century and bent on avenging an insult?

Sharply-etched characters walk these pages.  They make real choices, always with partial knowledge, and comic or tragic results.  They encounter the past and the future, each unknowable, but each making demands.With Kennedy  deals in magical realism--and realism as tangible as a rifle shot.

James Summerville has written other books on politics, state and local history, and environmental issues.  He lives in Nashville, where several of these stories are set.