Son of a Buck 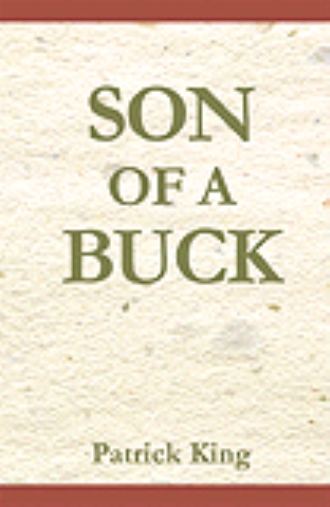 This story is ostensibly about a meeting, and the story of this meeting is told from the vantage of a

middle-aged son reflecting on how his parents met in 1948.  Throughout, it is evident that he

proverbial, eternal bliss.  Nowhere in the story is the son's faith shaken, though there is much in

the story that should dispell his faith.  Consequently, he is at once glorious and unreliable.  He is at once funny and sad.  His aptitude for an unwavering belief in and pursuit of romance in his own life belies an ineptitude for realizing a romance of his own and, accordingly, earmarks as vain his quest for the happiness he assumes his parents must have found because of the first time they met.  The various incidents of this ineptitude and his misfortunes in life, both funny and sad, parallel the reader's growing realization that, in as much as the narrator's happiness is an illusion, so too his parents' bliss is an unlikely claim for the narrator.

Early in the story the son suggests a movie brought his parents together.  So, in large part, his story is one of  a quest for a movie, as if finding this movie is the remedy to the apparent malaise the son finds his life has become.  He is a divorcee and a father in his own right vis--vis long-distant phone calls from his daughter; he is a poor graduate student of Latin and ancient Greek.

And it is as if going home to a movie where his parents began as his parents, discovering his

origins, will be the same as discovering and benefitting from a defining aspect of what he

perceives as the success his mother and father enjoyed in their relationship.

In becoming a story about a quest for origins, it also becomes apparent that the son's origin or

definition is not the result of a parent's romance or bliss.  It becomes apparent that he is a product

of a relationship between a man and woman wrought in a slow, but inexorable, deterioration. Even the mundane survival instincts have failed his parents, who are long since dead.  Whatever he is has been influenced by a misconception.  The son's perception of his parents and their first meeting is skewed and blurred like a comedy of errors in incidents of dissemblance, concealment, and conceit.

The structure of the story is a narrative within a narrative within a narrative.  The son's story reveals a story told by his parents and is contained in one long story imagined by a narrator who begins by telling of her own parents and her meeting with a man who could very well be the son in search of his beginnings.  The dissemblance, concealment, and conceit are innocuous, perhaps pathetic, but nonetheless prominent for the confusion about real identities and narrators.  The first narrator is like the son in search of a movie, a setting, an atmosphere that would reveal the essence of his or her parents' success as a loving and lovely couple. The first narrative is, ultimately, the telling of the first narrator's story, her own imagination about the son.  And what is told by the son, the second narrator, becomes a story that reveals the fiction of the perception the first narrator and, consequently, the second narrator have about their realities.  Gradually and ultimately, the two narrators, the narrator son looking at his parents and the narrator daughter looking at him, are indistinguishable from one another in the narrative.

But it is in a third narrative, the parent narrators' story emanating from the first and second narrators, where at last reality seems to take hold.

Of Course, the story is all only make-believe.  It is a film-goer's companion, rife with trivia about characters and events that never really happened -- fictions from movies and elsewhere.  In the end,

nostalgia for past times

Patrick King lives and works in Los Angeles with his wife and two children full time and teaches English part time at Santa Monica College. He is writing his second novel and has received at least one award for his other writings.