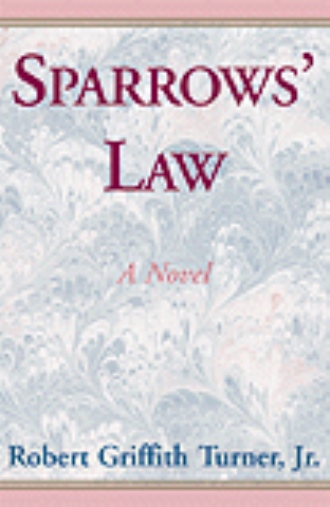 At 29, the facade of Anne Murrays life is predictable, respectable, lonely. She teaches high school social studies, sings in the choir at Grace Episcopal, attends a Great Books club. Occasionally, she attempts water colors that bring praise--praise Anne does not take seriously. In fact, a suppressed history of childhood sexual abuse lurks behind the facade of Annes pedestrian routines. Half-remembered images haunt her consciousness. Mens advances frighten her. She doubts herself; she doubts her sexuality.

Julie Harte, the daughter of a distinguished physicist, is sixteen. She is precocious. She has absorbed the turbulent rhythms of the sixties and made of them a personal recipe for living in a world she views with bemused skepticism. When Anne agrees to be a house and daughter sitter for Julie while her father is away for a few months in England, she cannot suspect that her life will be transformed. Julies eyes, sometimes hazel, sometimes violet, will become mirrors of Annes longing. And, at last, Julie will breach the walls of Annes past and dissolve her loneliness.

Before that happens, Anne must confront her sexual, sensual attraction to Julie, then her Impossible, improvident love for her. At the same time, she must try to solve the puzzle of her feelings for a divorced college professor. Allen Kohler will enter the garden of Annes sensuality, but only because Julie Harte has opened the gate.

Of course, the opened gate will also lead Anne into the nightmare of repressed memories. She will, through hypnotic regression, recall the full horror of her fathers grotesque attentions, she will remember the moment of despair when she attempted suicide. And all of this will begin while she contends with the preconceptions, the blithe, genial arrogance of a therapist bent on resolving Annes hostility toward men.

In the winter, Anne will attempt to manage the shock of her memories on her own. During the Christmas break, she will withdraw from Steinberg, from Allen Kohler, to sit shell-shocked and silent in the house on Springcrest drive, in the gallery of her memories. Only Julie will attend her, comfort her, and, at last, join her in an unexpected time of healing. Together, without judgement, they will discover their winter garden. Anne will begin to draw, to paint. She and Julie will become lovers and friends.

In the spring, attempting to reconcile herself to the world beyond Julies impossible place in her life, beyond their winter garden, Anne will surrender to Aphrodites indifferent power and discover a new relationship with Allen. Inevitably, Julie, uncertain and jealous, will encourage the attentions of a college student, David Ulmer.

David, a misguided Galahad in love beads and bell bottoms, will betray all of them--Anne, Allen, and Julie. When he discovers the relationship between Anne and Julie, he is swept into a blind vortex of projection, anger, disgust. Convinced that Anne has seduced and corrupted his Juliet, he shares his toxic despair with Allen Kohler, then with Dr. Julian Harte in London.

Abandoned by Allen, stripped of her teaching job, Anne must now pay the price of her honest struggle toward freedom under the insane auspices of the Virginia judicial system. She will have her terrifying day in court, defended by the only female attorney practicing in Smithfield county in 1969. And, in the morning, she will find herself confined to St. Brighids Psychiatric Hospital at Ingles.

At St. Brighids, Anne will learn her three Cs--conformity, craftiness, and cooperation. But she will also, in time, overcome the strategies of psychiatrist Mark Rudd, discover the power of her artistic inclinations, and, gradually, learn secrets from the depths of her psyche--the law of sparrows.