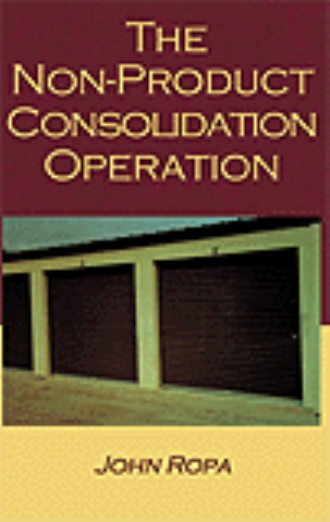 Richly human characters act and react to an incompetent middle manager. Corporate bureaucracy is roasted to cinders as the author carries us, chuckle by chuckle (and sometimes outright laughter), through a simple story of workers triumphing in spite of management. Don't read this book if you'll be embarrassed by laughing out loud. 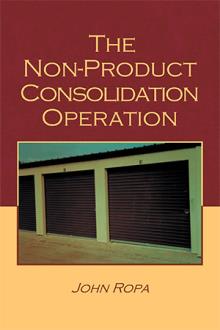 In a comical business novel, the Non-Product Consolidation Operation is a department of Generic Equivalent Corporation (GenEQ), a multinational pharmaceutical manufacturer. Myrtle, Rachel, Naomi, Ralph, and Lawrence, the manager, package and ship to the company's overseas plants anything other than sellable products.   Managed into total inefficiency by Lawrence, who is dedicated to his useless statistics, the crew spends much of its time hunting for lost packages and reading confidential company mail.  A clever, acerbic Myrtle reads aloud to Ralph, who translates corporate clichés into plain English. Myrtle then spreads the news of company intrigues to co-workers during coffee breaks. Ralph, once a successful corporate executive, has simply given it up for the simple life. Now, he packs small packages of toothpaste, videos and bowling balls into larger ones for export. Naomi, a bright and ambitious single mother, and Rachel, a timid mousey woman, do the best they can under the circumstances Myrtle learns of an impending merger and the staff is nervous about who will be labeled redundant; A running account of Lawrence's shipment of juicy fruit flavored tongue depressors breaks the tension, as the material, intended to go to Israel, bounces from port to port throughout the Middle East, helped along by con man Agent Frederick.  Lawrence hides the growing expenses in the Finance Department's budget, as the shipment arrives at an embargoed country. While Lawrence is out of town, the Vice President of Finance, Ron Jackson, is sent by President Andy Foster to determine the organization's post-merger fate. Ron discovers the contraband package but fails to notice the savings generated by Naomi in Lawrence's absence.  Consequently, the Non-Product Consolidation Operation is scheduled to be eliminated.

Formerly an integral member of lower middle management, John Ropa is now retired. He and his wife, Arete, live on 87 acres in Elizabeth, IL, where he plants things and drives around on his tractor. His most recent employer pays him not to come to work anymore. John has a BA from DePauw University, and an MBA from the University of Chicago Graduate School of Business.