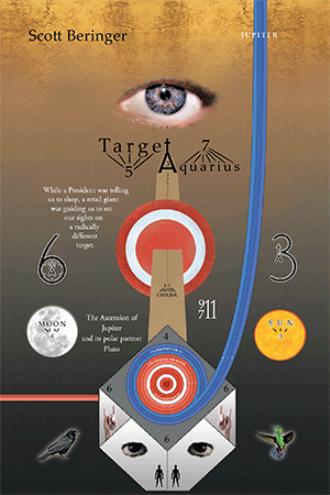 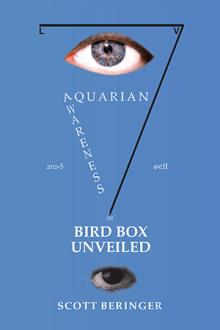 The sixties saw massive shifts in consciousness as a higher authority was setting the stage for “The Coming.” Camelot was meant to fall, with the 5th Dimension singing background, as Petula sings curious lyrics to a “distant love” while Target changed its logo of 6 elements to that of 3 in preparation. The wizard then created it’s polar 6 in the hills of OZark, and egos shop as if nothing approaches. The “Inconvenient Truth” of climate change is however, an allegory of Earth changes as we enter new energy fields as we align at the plane of galactic center, ushering the death of 3-D Iron. The smoke in the shape of a galaxy on its cover speak to the aware, confirming it to be an Alaɡôrē , along with Al’s assertion that he took the initiative in creating the Internet, as it too is an allegory for the coming Aquarian awareness. “The weather, very peculiar, Don’t you think?” Like a Bronze Phoenix, the organic 5D NWO will “Spring” from the wintry rubble of rust, with its 4 letters, that was the dark polarities “mechanized” nwo. This mystical setting is for my fellow Prodigals, “to whom it is given,” who are waking up to the emptiness of their 3D Las Vegash folly here in the 7-11 School of Duality!

As the new millennium began, the ultimate paradox was played out. Understated symbolism with an ironic twist, as a president tells his countrymen to go out and shop after 9-11 with wars planned, while Target, in contradiction, airs a television commercial that has nothing to do with shopping, but everything to do with our spiritual advancement beyond this 3D setting. A logo and a thirty-second commercial that defy any explanation in terms of ordinary marketing. A divine message, seen by billions and “not seen”. If You have not retreated, then perhaps it is Your time to take this information and prepare. It is the easiest, and most Sirius, choice you will ever make to finally understand why, there will be a cleansing "Reckoning", and what cosmological purpose it serves with a "Final Judgement", which I had rejected until I discovered the purpose it serves, as a very precise program that oversees the development of new Stars and their Darker polar partners, within the expanding Cosmos. Learn the real meaning of 9-11 and 7-11, and why “The Fall” of Man, the Angels and Lucifer was preordained and had to occur for this “Polar” expansion. When you Know Yourself, you will understand your own “Arc” frequency and how to adjust it, making you the Master of your game! This was the “Ark” Noah was “building” to adjust and align his with the “higher frequency” of the next Age, discovering the Narrow Gate! Time has come to pay attention to the “invisible” Man behind the curtain and the real identity of the “visible” Lucifer and the real truth of the “Light-Bearer”, that was hidden from the children until the few were ready for adult concepts. Time to be aware of our Mother and know “You’ve always had the power”, and that no “evil” can steal your “sole”, Dorothy! The multitude of clue filled counterfeit current “events” point to This, Sign of the Times! Oh thank heaven for 7-11, as one play concludes, and your new front row seat to “A Star is Born”!

I am a retired Nevada State trooper from Las Vegas, and I occasionally act, and as you can see, I “write,” but my life doesn’t appear to be my own anymore, and while I’ve had a seemingly normal life, it has been laced with paranormal events that have kept me from being too rooted in 5 sense reality. Life has accelerated since 2005, and my own internal earthquakes literally mirror those on earth. Since 12/21/12, after the all-seeing eye looked at me, whenever my ego flares up with its wants, it gets shot down as my life and old ways are withering around me by the day. A higher power guides and I no longer resist where I am being taken or allow my ego to create and take me to its destination. I was compelled, inspired relentlessly, to write this book about the hidden-in-plain-view clues all around us that most don’t see. I woke up in a Sedona, Arizona, resort with the rough draft of this book. If you want to know who I AM, go to a mirror and gaze into the pupils, the black holes of your eyes, and know THAT. I was born in the Royal purple Raven City of Baltimore and raised in my other “hometowns” of Phoenix and the Star of Las Vegas, that I know so intimately. My pull down to the frost of the Olympics land with Zion in the background honed my sight. I AM THAT 7 that navigates the duality program of 11, as the trumpets of Aquarius reverberate through 3-D’s house of cards, causing Camelot’s fall, as the royal one of 4 plays his majestically evil role, pointing to the cloth in our egoistic Hakuna Matata life. I’m the child of 57. I AM your brother, and I am fortunate to have amazing children who keep me grounded, humble, and who hold the mirror to my soul that you see, and I see you.