The Hidden Wisdom of Fairytales, Parables and Myths 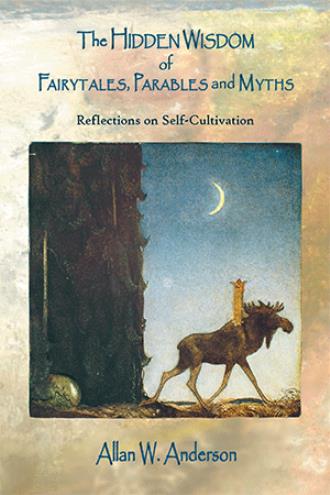 A Brief Synopsis of The Hidden Wisdom of Fairytales, Parables and Myths by Allan W. Anderson In these essays, Anderson is pointing to spiritual activity through art. He provides several original so-called nonsense poems. But it is Helge Kjellin’s remarkable fairytale, “Leap the Elk and Little Princess Cottongrass” that provides the underlying source and structure for reflection throughout these essays. The interpretation of fairytales has been a favorite occupation of especially Jungian depth psychologists – these essays are not from that perspective. The adventures of Little Princess Cottongrass and the elk are not meant to disclose the structure and complexities of human motivation, the proper province of psychology. The fairytale points to something much deeper. It contemplates the abiding mystery and structure of passage itself, the coming-to-be and passing away of each and every finite being. To this extent the fairytale is concerned with abiding traits of existence, but neither are these essays metaphysical abstractions. In fact, it is the case that while myth, fairytale and parable often contain sound metaphysical vision, these literary forms see reality under the aspect of event or activity, and event is essentially prior to intellectual reflection. It is the existential stance of the spiritual adventurer that these essays describe, informed by the teachings of Jesus and the Chinese sage Lao Tzu. The significance for self-change of the coming, momentary standing and going of the elk in our fairytale is richly illuminated when contemplated against the two-fold teaching of Jesus. 1) The elk brings with him the opportunity and means for the little princess to become grown beyond the self-bondage of Dream Castle (unenlightened subjectivity) into the freedom of responsible and self-determining decision. This imminent end to her lower-level existence is contingent upon her 2) meeting well the unexpected on her journey with the elk, i.e., her circumstance, her neighbor. Two fundamental themes in the teachings of Jesus, the Kingdom of Heaven (contemplated through the parable of the Prodigal Son) and the neighbor (contemplated through the parable of the Good Samaritan), imply precisely the circumstances our little princess finds herself in. She is in the middle between two claims. The first is “from above” and the second from her environment. Chinese spirituality as expressed by Lao Tzu sheds further light on the opportunity for the little princess to grow in adequate self-relation. Chapter 3 of Lao-Tzu designates this activity wei-wu-wei. Most often this expression is translated “non-action” or “inaction.” This translation is misleading. The full expression wei-wu-wei links together something done, wei, which in doing, leaves something undone. Wu-wei. The elk’s command to the princess to “hold onto my horns,” as he carries her “out into the world,” requires from her unconditional trust – trust without an imagined object. And so from the side of doing the princess must negate all that would distract her and so lead her to withhold trust. She must negate the possible refusal to allow timely action to flow through her. When contemplating wei-wu-wei from the side of non-doing we’re confronted with the basic question of attitude. The I Ching tells us that “all that matters is that things should happen at the right time.” The little princess must remain open to the timely demands of her own nature. But the immanent demand of our own nature is always revealed within the context of our active engagement with our surround. Put crudely, no matter how attractive or threatening our circumstance, we must remain open to the necessity of the time as revealed to us by Tao. Without this open attitude we are left to our own contrivance. We are collapsed, as the Chinese say, “into the mind prone to err,” from which there is no possibility for tranquility and harmony. Had our little princess perseveringly resolved not to let go of the elk’s horns she would have realized that things somehow happen by themselves, and simultaneously, that while she continued negating her refusal to allow timely action to flow through her, Providence was raising her into ever higher levels of being.

In Hidden Wisdom, Professor Anderson introduces the activity of self-transformation or self-cultivation through meditative reflections on so-called nonsense poetry and myth. Central to his thesis is the claim that, “without a willing change in attitude from fear to radical trust, and from reactive bewilderment to active attention no person can leave anxious worry behind and ‘cross over’ to tranquility.” In the spirit of Don Quixote, Anderson contends, “that the road is better than the inn if for no other reason than that the sublime always looks ridiculous in the world of small talk and domestic ease. And yet it is precisely on the ground of the commonplace that every ideal must pitch and strike its tent or fail to own a habitation and a name.”

Professor Emeritus Allan W. Anderson received his Ph.D. in Philosophy and Comparative Religion from Columbia University with Union Theological Seminary. He has published several articles on the I Ching and presented numerous papers at professional academic conferences on the nature of and interrelation between religion, spirituality and the oracular. He has also become well known for his series of 18 dialogues with Krishnamurti available on DVD and transcribed in A Wholly Different Way of Living.