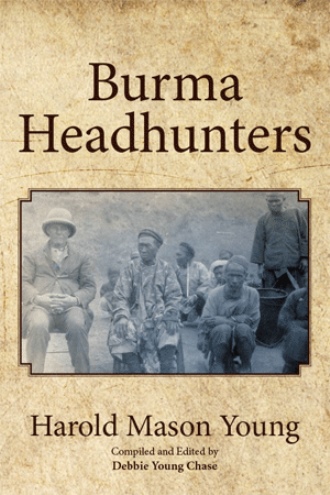 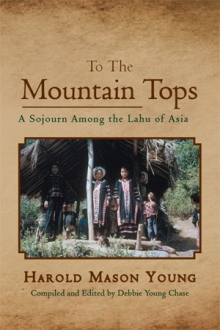 This is an old writing about the Wa tribal people. During the period of this report written by Harold Mason Young, he was associated less frequently and gained knowledge of their ways from direct contact as well as from the Lahu people. His perspective of the Wa tribal people is unique, especially as it was in the early part of 1900 when the Wa were still practicing their traditional way. It offers some interesting information on the Wa, of which few foreigners ever saw during this period of history. There are likely studiers of ethnic tribal people that will find some of the book useful and maybe even entertaining.

Harold Mason Young was the eldest son of William Marcus Young and his second wife, Dell Mason Young. William Marcus was a missionary for the American Baptist Foreign Mission Society, and Dell was a schoolteacher. On the ship to Burma, they met and, upon reaching Rangoon, married on Christmas Day 1900. Harold was born exactly nine months later on September 25, 1901, in Kengtung, Burma. Early life in these parts was extremely difficult and many times dangerous. The family initially lived in a little house outside of Kengtung and several times came close to being slaughtered by bandits. Dell had been trained as a teacher, and she had been planning to teach at a girl’s school in a region below Rangoon. While on the ship to Burma, she would change her plans and instead marry and join her husband in his mission work. In his youth, Harold spent time with the native children, which in Kengtung, Burma, included the Burmese royal family. The palace was not too far away from the first mission compound in Kengtung, and he spent lots of time with the first son of the sawbwa, and the boy’s name was Jao Pam Lue. The two became very close, playing together a great deal. Harold also spent his time with the hill tribe people who frequented Kengtung, so his language ability strengthened as he grew older. He had fluent command of Khuin Shan (as well as the dialects of Kampti and Mong Lem), Lahu, Wa (Eun dialect), northern Thai (Kham Muang), and, of course, English. The Pali language would make him multilingual in so many languages that one is at loss at measuring his fluency. Though not fluent, he was fully functional in Yunnanese Mandarin from his many years in China. In his older years, his favored language was Kham Muang (northern Thai). Harold could speak southern “Bangkok” Thai and be easily understood, but it was the “Chiang Mai” Thai of the north that he spoke with great fluency. There are few who can ever replicate the amazing assortment of languages and dialects spoken by Harold, although he was not given much recognition for this talent during his living years. Burma Headquarters was compiled and edited by Debbie Young Chase, who is the granddaughter of Harold Mason Young.