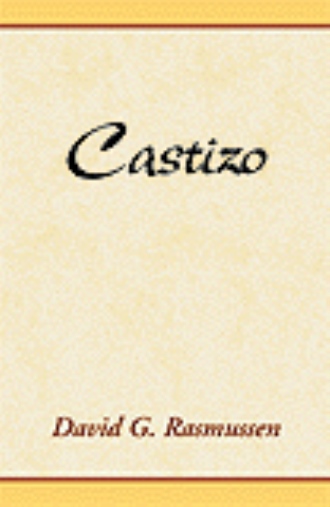 Beneficio Duran is like the wild lava capped mesa where he lived all but the last two years of his eighty-three. They are both remnants of the past. Black Mesa survived eons of erosion by its had basaltic cap--Beneficio survived by living with the pride and rough wisdom of los Castizos, his ancestors.  On the mesa, he had been isolated from pressures and forces that were changing New Mexico and the other Hispanics living on and off the land grants.

Beneficio discovered his wife, Maria, in the village of Cebolleta at the base of Black Mesa. Maria bore him Philip then died while trying to deliver a girl child four years later.  Beneficio's devotion to God and El Christo, coupled with the deep grief of Maria's death, caused him to embrace the penitence oriented beliefs of "The Brotherhood of Blood and Light" (Penitente).

Philip lived on the Mesa only until he started school in Cebolleta.  There he lived with his father's boyhood friend, Emilio, and Emilio's Indian wife Rebecca.  Philip Duran left the land grant for college and there discovered city life.  He became a successful Hispanic businessman and married Carla, an Anglo.  They have two teenaged children. Philip is a state senator and has ambitions toward being governor.  His fear is that his sheepherder father will embarrass him politically with his land-grant ways and ancient Penitente beliefs.  Philip has placed Beneficio in an Albuquerque rest home with the self-justification of "taking care of Papa".

Castizo begins with Beneficio Duran cutting the branch end of the needled Cholla plant in an arroyo near Albuquerque.  He plans to tie the spiny branch to the leather thongs of his self-flagellation whip.

Should Beneficio succeed in finding a Penitente brotherhood, he hopes to join them in their Good Friday and Easter rites. Beneficio feels that he needs the pain of self-flagellation and the subsequent healing to be at peace with his troubled spirit.  Desperate to find a Penitente brotherhood, he asks the help of a parish priest that appears to have a land-grant background.  The priest can not help for the Penitente cult is not recognized by the Catholic Church.

David Rasmussen was born in Missoula, Montana. His career as a geological and mining engineer has taken him to many locations and cultures including Chile and New Mexico. Stories based on his observations of unique places has become his avocation.