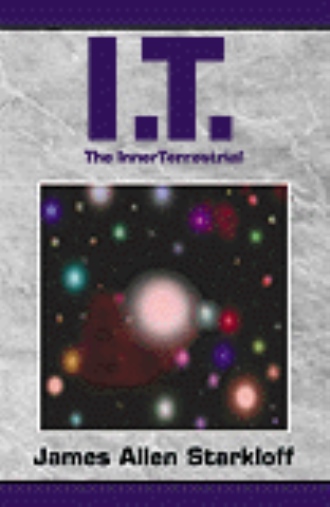 The saga begins in the year 2050. Nanotechnology has allowed humankind to build micro-machines whose boundaries encompass the limits of our inner universe. A fatal accident occurs during the development of the helix cube, a universal communication tool. The investigation of the accident uncovers a glimmer of evidence that life beyond the known subatomic exists.

Dr. Cy Lesst, an unappreciated, misunderstood scientist attempts to convince the world science community of a universe with submicroscopic galaxies. Its not an easy task when there are unpredictable, powerfully manipulative, opposing forces with a different agenda, working against him from behind the scene.

I was born in Sandusky, Ohio on October 25, 1954. When I was seven years old, my family moved to Phoenix, Arizona, where I lived until I enlisted in the U.S. Army, only a few weeks after graduating from Maryvale High School in 1972.

There really isn’t much to tell about my military experience except for that I was in the 101st Airborne Division and that I would always be grateful to Uncle Sam for the education benefits. The late Jimi Hendrix didn’t have much to say about his experience at Fort Campbell, Kentucky, either. When I honorably discharged from the U.S. Army in June of 1975 I didn’t have anywhere else to go so I moved in with my folks, who, at the time, were living in Pleasant Ridge, Michigan (part of the greater Detroit area).

Detroit was a little too cold in the winter for my car. So after many early morning conversations with my 1974 Ford Mustang II, I moved south to Miami, Florida in March 1976.

Miami was everything that I wanted at the time?great weather, low pollution levels, inexpensive colleges, great weather…oops I already said that. I bought a small trailer in lovely Liberty City (which turned out to be the future site of the 1979 race riots). I worked full time at Arby’s and went to school full time at Miami-Dade Community College (North Campus). Later, I acquired a full time job working with Mentally Handicapped children and I was going to school full time at Florida International University. Sometime after my first semester at FIU, things began to get ugly in my neighborhood, so I moved to a mobile home park in Florida City, Florida. And yes, it was one of the many parks in Florida City that no longer exist today, thanks to Hurricane Andrew.

I lived in Florida City for only six months. A friend of mine told me about a school for emotionally disturbed adolescents in Key Largo, Florida. He didn’t know exactly where it was, but he was sure that it was in Key Largo. I went down there one day to find the school. I asked just about everyone that I saw until I found someone who knew. The school was called Montanari (Sea Camp). I’ve never been hired so fast in my life. I did even have to fill out an application. I spoke to the director for a few minutes and the next thing I new, I had to report to work the next day. Montanari was a residential treatment center for emotionally disturbed and mentally handicapped adolescents. There was the main campus in Hialeah, Florida and the Sea Camp in Key Largo. Dr. A.J. Montanari was the owner’s name, but everyone called him Monty. He accepted kids with every mental problem imaginable from all over the United States. There was nothing fancy about the poured concrete buildings that Sea Camp was made up of, but the fact that it was on waterfront property was what made everything about the place. The kids could go fishing in the Atlantic Ocean everyday. There was a swimming pond, too. Few went swimming in it because the kids kept it well stocked with shark, barracuda, stingrays and other fun ocean creatures.

My job wasn’t confusing, only my job title. I was the greenhouse therapist. I taught kids how to grow and care for a variety of plants. It was rewarding in a sense that many of the students learned an occupation. But there were those times…and I still have the scars to prove it. After working at Sea Camp for two and a half years, the only job that I ever loved came to an end when the owner sold the school to a condominium developer in 1981. I stayed until the very end. When I was digging up the sign from the roadside, the owner of a wholesale plumbing supply warehouse walked across the street to greet me. He had heard about the school closing and asked if I needed a job. “I can start tomorrow,” was my answer.

I worked eighty plus hours per week delivering plumbing supplies from Key West to Fort Pierce, Florida. After six months of working like that I had saved enough money so that I could finish school at FIU and not have to work a job while attending classes.

In December 1982, when I finally graduated from FIU with a B.A. in Sociology and Anthropology, I was happy with my achievement, but I didn’t feel like Indiana Jones, either. And my savings had taken quite a hit. It was time to get back to work. I knew that I could always get a job at the Montanari (Hialeah Campus). I worked there for one year. Working there wasn’t the same as working at Sea Camp. Besides, a friend of mine had moved to Marin County, California. He asked me if I would like to work at a group home for autistic adolescents. I said, “Sure, why not.”

One lesson I learned in 1983 was that California was expensive. Just to make ends meet, I had to work at the group home at night, teach in a learning disabilities classroom at Mount Tamalpais High School during the day, plus tutor to ADHD kids in the late afternoons. At first, I rented a room in a home for four hundred dollars a month. I had no kitchen privileges. And I had to use the bathroom beside the swimming pool. I wasn’t allowed to swim in the pool, either. I felt like a wet dog living in a home with white carpet. I told my friend that I felt uncomfortable living there and that I would rather sleep on the floor…anywhere. “You can sleep on the floor in the office,” he said as a joke. I took him up on his offer.

I was no stranger to sleeping on the floor. When I worked at Sea Camp, I lived in a two-bedroom home with twenty other people (known as the staff house). Though, I’ll admit that the carpet in the staff house was soon impossible to tolerate. Even the swimming pool turned a beautiful shade of green. Lucky for me there was a 9’X12” tool shed in the backyard. I put the lawnmower and lawn chemicals onto one side of the shed and lived in the other side. I lived like that until I met Howard, an owner of a plant nursery. He let me live in a small camper on his property. I had to take showers outside but, hey, it was a place to stay. When I built an indoor shower, the tenants at a nearby condominium complained to Howard that they missed watching me take my showers.

Anyway, I slept on the office floor until I left California immediately after the school year in June of 1984. It was also the last time I ever taught school. From there, I went to visit with my folks, who at the time were living in Columbus, Ohio. It had been many years since I’d last seen them, so I stayed for a few months. Later, I went back to live in Key Largo, where a shack at Howard’s plant nursery waited for me. Now, I could write my entire experience living at Howard’s into a novel--I won’t go there yet, so for now, I’ll just include that he collected stray men off the streets of Key Largo like a widow would pick up stray animals. I lived there for a couple more years before I bought a sailboat. It was a twenty-five foot Helms sloop. It had a swing keel, allowing me to sail in the shallows. I lived on my boat for about a year before I met Becky. Becky lived on the boat with me for about six months. Then one morning, she ripped her stocking while stepping off the boat. “That’s it! We’re getting an apartment!”

I asked her, “with what money?” It didn’t take her long to save her pennies for an apartment. I’ll admit that it was a great place. The apartment was right on a canal--only about fifty yards from a gulfside inlet. I was able to dock my sailboat only fifty feet from the apartment door. Whenever I wanted to go sailing, I just walked outside, untied my boat and went. We lived there for a year. During that time, we got married on November 4, 1988 in New Columbia, Pennsylvania. Now, I was a married man and figured that I needed to act or at least seem like one. Housing in the Florida Keys was not relative to the average wage earner in the area, much like California. We decided to move to Fort Myers, Florida where housing was affordable.

We looked like the Beverly Hillbillies rolling down the road. My sm