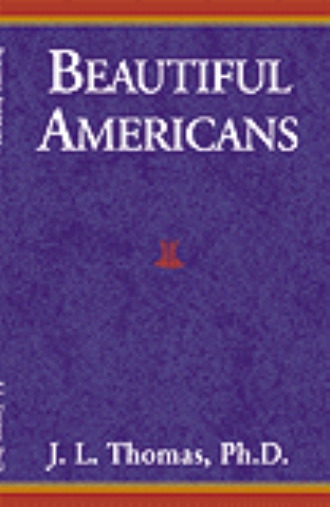 A book entitled "The Ugly American" was written by William J. Lederer and Eugene Burdick and published in 1958. It became a bestseller. Many, particularly foreigners who were envious of America's leadership role and its phenomenal success as a young and prosperous nation, relished the rebuking and ridiculing meted out to Americans by the authors of this publication. Maybe some of the negative publicity heaped upon certain Americans was deserved. Maybe we carried the exhibition of our pride and proudness a bit too far. But, perhaps part of the negative perceptions foreigners had of Americans in the past were perceptions of writers and authors like those who wrote "The Ugly American." The negative image of Americans may have been induced by others wishing to be the proud inhabitants of the "Land of Opportunity," America. However, this is speculation and not a verified true fact, but common sense dictates that this speculation be considered because envy probably plays a great, maybe dominant role in the anti-American attitude prevalent today in much of the world. Be that as it may, it's time for the truth to be told regarding the heart and soul of Americans.

Negative images stick, whether fact or fiction and this is a common and well-known fact. It seems like there is a tendency on the part of too many people to rejoice in the negative aspects of human existence and ignore the positive things. Sort of like the paraphrasing of a song title, "We often accentuate the negative and eliminate the positive." This tendency is also demonstrated by the poet or author who wrote, "The good things people do are interred with their bones, while the evil things they do live on long after they are gone." These sayings convey the concept that people tend to remember the negative things people do while forgetting, all too quickly, the positive things they do. It seems that America has fallen victim to this trend.

The intent of this book is to expound on America's achievements in providing each of its citizens with a comfortable life in an equitable manner. Accomplishing this purpose is a difficult task and a positive and distinguishing challenge in the development of America. The essence of the American character is its emphasis on the welfare of its citizens. It is a great and noble effort to undertake the prodigious task of providing a decent living and equal opportunity for each American.

It is gratifying to know that America's efforts to achieve comfort and equity in its citizens' lives have been more than superficial. The striving for personal convenience and equity must be continued because the goals have not been reached. But it is comforting to Americans to know they have a government and citizens that are willing to continue the struggle for equity

and good lives for Americans against staggering odds and what often appear to be insurmountable obstacles. But to American citizens it is rewarding to know that America and its citizens will settle for nothing less than equal opportunity and a good life for each of its citizens irrespective of age, race, color, sex, religion, national origin, handicap, or economic station in life. It is laudable that America is concerned about those citizens who some may have considered outcasts, who do not belong and do not deserve any attention. The greatness of America is its soul, its humanness, its spirit of equity and love for its citizens. These characteristics are the essence of the American spirit. In some instances these characteristics are misrepresented.

The authors of "The Ugly American" cautioned American representatives abroad to conduct themselves in a manner more of a manifestation of the American spirit and purpose of American foreign policy. One important issue in this c