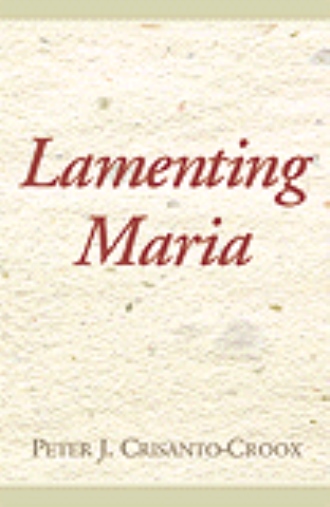 What happens when Jesus roams the Earth again?

LAMENTING MARIA: explores the cascade of consequences after Jesus Christ´s escape from a holding cell in the military complex of Heaven.

Watch as A squad of Plainclothesmen led by Captain Nobu Noriaki MacGuillicutty-Soy, Flying Irish Sumo Private Detective, is sent to recapture the son of God but, instead, encounters a much more dangerous foe, a man struggling with universal consciousness.

Read as Donovan Carter Scott struggles valiantly against his foes only to find himself imprisoned and under interrogation in a prison cell while trying to command the powers growing within him.

THE BIOGRAPHY OF GREGORY JOHN NOLASCO (a.k.a. Peter J. Crisanto-Croox). Gregory John Nolasco was born on the 3rd of February of the year 1967. He attended George Washington high school in Charleston, West Virginia. Later, he graduated from Marshall University in Huntington, West Virginia. Afterwards, he mucked around as a Chinese Fast Food Deliverer, a bouncer at a local night club, a youth counselor on a mule drawn wagontrain, and as an office worker in a medical practice. In 1998, he moved to New York City where he did a brief stint in the film industry appearing in three films. In one of which, you can see forty feet of flames shoot out of his butt. He continues to live in the New York area residing in Elmhurst, Queens. He works in the Flatiron District of Manhatten and hopes to win the lottery one day.