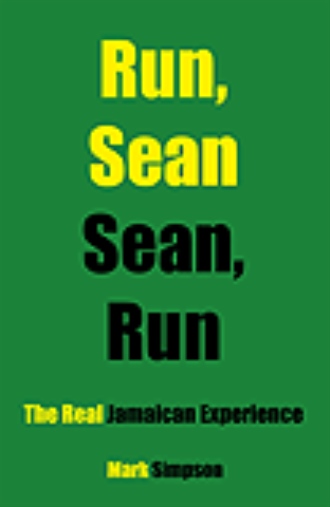 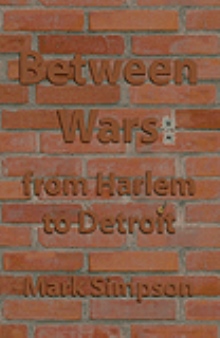 Between Wars: from Harlem to Detroit
Mark Simpson
$14.94

This story took place in the small Caribbean island of Jamaica. It’s about a high school track star named Sean and his new American playmate, Kia. Sean is an eighteen-year-old who’s working his way through the Christmas holiday to help with track supplies. Due to the fact that he is without car, he only makes the travel home on weekends. To beat the rat race on Monday morning, he often tries to make his way back into the city on Sunday evening. On this one particular Sunday evening, as he was trying to catch a ride into town, a long-haired brown-skinned beauty pulled her car over and offered him a ride. Her name was Kia, an American tourist who came to the island to escape her abusive boyfriend, who had put her in the intensive care unit for a week. They quickly introduced themselves to each other. Then the interviewing started, but Sean was suspicious. It was rare to see someone like her that far and deep in the bushy countryside, unless they were there to get the good weed. Believing that was her reason, Sean offered her a bag of weed but quickly realized that he made a mistake. Nervously, she asked him to leave her car, and he left without a fight. The following morning as Kia replayed the incident in her head from her hotel room, she decided to order up some breakfast from room service. To her surprise, the young man that brought her breakfast was the same person from the day before who tried to offer her a bag of weed. Sean quickly apologized for his behavior, and Kia was happy to know that he got a ride into town. Sean and Kia slowly became friends. The following weekend, while Sean was home, he decided to have his oldest brother, George, took him out for a run. While his brother rode alongside him on his bike, it started to rain. Sean slowly put some distance between him and his brother as the bike tire continued to get struck in the mud. About a mile into his run, Sean saw a car that also got stalled in the rain with mud up to the windows. The driver was already gone, so Sean continued on his run. Under a blanket of rain, Sean noticed a figure in front of him trying desperately to get away from him. He quickly realized that it was Kia, and it was her car that was stuck in the mud. She was wet, scared, and running and unable to hear him calling out to her. When he eventually caught up to her, she quickly realized who he was. With her car stuck in the mud, she had no way of getting back to her hotel, so Sean invited her to stay with him. He gave his bed up to her and, the following morning, made her breakfast. Their day was just starting when Sean decided to show her around the countryside. While they were out touring, he hired help to dig her car out. He took her down to the river where he showed her how to catch crawfish and climb and pick fresh mangoes. They also shared their first kiss. On their way back from the river, Sean decided to show her where he grew his garden of weed. Somehow he wasn’t expecting her to be so excited to see his garden as she placed the leaves to her nose trying to get a sniff. After they got back to the house, they decided to join in on the feast in her honor. There were over twenty people eating and chatting. All eyes quickly went to Kia as she made her way out of the bushes with Sean alongside her. With this kind of festivity, everyone within a mile would be there, except for one person, Sean’s other week-old girlfriend, Lena. Lena was a forty-two-year-old woman who lost her husband in a car accident a few years ago in the United States. She was also in that same accident, and while running test on her at the hospital, they found out she had breast cancer. After losing her husband and her breast, she decided to come home. It was hard for her to start living again because she felt less of a woman with just one breast. However, after one night of speaking to Sean, she decided it was time to move on, and she did. She no longer felt the need to lock her friends out of her life. Tha

Mark Simpson was born in Jamaica in 1976 and moved to Brooklyn, New York, in 1989. Like many other who came to the United States from the West Indies, he too was expecting streets of gold, but all he got were the dirty crack-infested streets of Brownsville, Brooklyn. Brooklyn is one of New York City’s biggest and baddest boroughs. After several years of career changes, Mark now works as a respiratory therapist. Writing is still a hobby for Mark, but he believes he will make it into a career one day.