Art and Verse for the Rest of Us 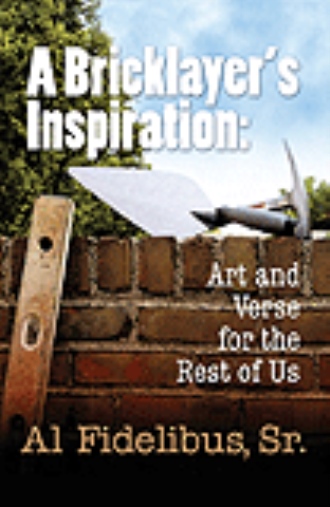 Al Fidelibus was born in Port Chester, New York, on December 19, 1926, to James and Rose Fidelibus. In November, 1943, after graduating high school, he enlisted in the United States Air Force. For a part of his time in the service, he was an architectural student at Niagara University. When honorably discharged at the end of WWII, he returned to Port Chester where, among other activities, he courted Gloria Morabito. Al and Gloria married on June 3, 1950, and went on to raise four children: Jim, Alison, Cathy Ann and Alex. Al supported his family by working as a bricklayer, being the last in a line of Italian stonemasons from whom he had also, apparently, inherited talent as an artist. He was particularly inspired by his uncle Tony “Bull” Fidelibus, and was artistically influenced by his close friend Sebastian “Sam” Caccomo. Al created a wide variety of art pieces throughout his adult life, in addition to the poetry and drawings contained in this volume. Currently, he survives the loss of his beloved wife of 56 years, and lives with extended family in Columbus, Ohio.