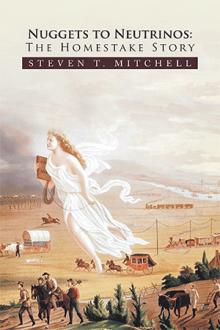 Members of the Crow tribe are believed to have been the primary inhabitants around the Black Hills in the early 1700s. The Kiowa and Apache people inhabited the area southwest of the Black Hills. The Sioux inhabited north central Minnesota around the headwaters of the Mississippi River in the early 1600s. When the Ojibwa forced the Sioux westward across the Mississippi and south to the Minnesota River, the Teton Sioux forced the Mandan, Hidatsa, and Cheyenne tribes to the west. Eventually, the Cheyenne defeated the Crow, Kiowa, and Arapaho and pushed them out of present-day Western South Dakota. By 1750, the five bands comprising the Saone-Teton Sioux had migrated to the east bank of the Missouri River. The Oglala and Brulé Tetons followed about ten years later. The Cheyenne, Arikara, Mandan, and Hidatsa tribes occupied the west side of the Missouri River. These tribes prevented the Teton Sioux from crossing the river. However, when a smallpox epidemic and other diseases nearly decimated the west river tribes between 1772 and 1780, the Oglala and Brulé took advantage and moved across the river below Big Bend in 1775. A war party led by Chief Standing Bull reached the Paha Sapa (Black Hills) in 1776. Over the next several years, the Oglala defeated the Cheyenne and took control of the areas that the Cheyenne had taken from the Crow and the Kiowa. There are many stories and accounts about the existence of gold and presence of prospectors in the Black Hills long before the gold rush of 1874–1876. One such story involves Regis Loisel, a fur trader, who in 1804 described gold nuggets that could be found in the Costa Negra [Black Hills]. Another story involves the Thoen Stone that was found near Spearfish in 1887. Ezra Kind’s scribing on the stone tells of seven prospectors who got all the gold they could carry in 1833–34. All of his partners were killed by Indians. Father Pierre De Smet spent time ministering to the Indians of the Black Hills in 1848, 1851, 1864, and 1870. In 1870, De Smet confided that “in the Black Hills of Dakota . . . there is gold enough with which to pay off the debt of the nation, and for that matter, the entire debt of the civilized world.” Following the Mexican Cession and Oregon Territory acquisitions in the late 1840s, huge domains of additional ground became the possession of the U.S. government. People flocked to Oregon, California, and Utah in search of the American Dream as part of the Westward Expansion and the Manifest Destiny. A massive amount of emigrant travel took place across the Great Plains in the 1840s in the quest for fertile lands in Oregon, a new homeland in the West for the Mormons, or gold in California. Eventually, the Plains Indians became angered and enraged as they observed their buffalo herds being pushed around and slaughtered for food and sport. Empathetic with the plea for help from the Oglala and Brulé (Sicangu) chiefs and fearing a large Indian retaliation, the government negotiated the Fort Laramie Treaty of 1851 with the various Indian nations of the northern Great Plains. In addition to annual payments, a specific territory was established for each of the Indian nations in return for emigrant protection and the government’s right to establish roads and posts within the territories. The Sioux or Dahcotah Nation, which included the Black Hills, was created under the Treaty of 1851. Meanwhile, eastern politicians had only a mental image of what the western lands looked like or had to offer. Therefore, the government decided that it needed to formally investigate the western lands to determine the geography, resources, and possible routes for extending roads and railroads west of the Mississippi River. Congress approved funding for the investigations, called the Great Reconnaissance, in 1853. The Warren-Hayden Expedition of 1857, Raynolds Expedition of 1859–60, and Hayden Expedition of 1866 were three such expeditions that conducted investigations along the f