101 of the Best Places You Never Heard of 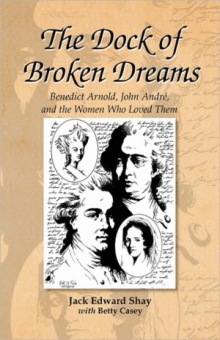 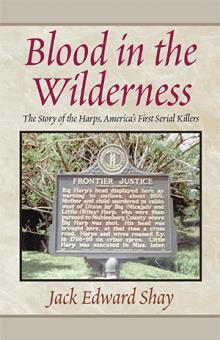 America's first great civil war battle took place on a hill in South Carolina...more than a quarter-century before Robert E. Lee was born.

A pair of Presidents and their First Ladies repose side by side for all eternity in the undercroft of a Massachusetts church.

America's most dramatic case of treason played out along the banks of New York's Hudson River where barges and yachts now pass.

One of Florida's fabled keys hosts an annual festival that draws throngs...yet no one lives on the island any other day of the year.

These are but four examples of classic Americana tucked away in hidden nooks, secret pockets of historical, cultural, and human interest unknown to most Americans.

If you know where to look, you can enter a colorful, extravagant, gaudily lighted Christmas village in Pennsylvania such as you've never seen before. And if you're in the right place in Washington, you can visit a cemetery containing the grave of one of America's most famous Native Americans and choke up at the affecting personal tributes to ordinary everyday Indians that surround it. In the middle of Minnesota you can tour an iron ore mine so real you almost forget it's fake. On the banks of the Ohio River in Illinois you can enter a huge cave whose dark, eerie recesses once enticed travelers, naturalists, and America's first serial killers. In Hawaii you can descend a hidden, unimproved trail to one of the Pacific's most enchanting bays and walk along the shore where the world's greatest explorer was killed. In Alaska you can walk up to a glacier whose enormity will overwhelm you and then hike across it and taste its icy wetness.

These are not famous places. They are, rather, obscure, unheralded, little-visited corners of America waiting to tempt you.

Welcome to "Arcane America: 101 of the Best Places You Never Heard Of," a compilation of some of the least-known, most-interesting sites in the United States: a Connecticut prison where inmates served their time chained to the bowels of a deserted copper mine; a rural Iowa county that spawned America's greatest western actor and a sextet of covered bridges; a New Jersey miniature kingdom whose beauty and artistry killed its creator; a New York county where you can ride the largest number of free carousels anywhere in the world; a temple of gold to one of the world's most misunderstood religions in the rolling hills of West Virginia; a medical museum in the nation's capital where you'll see pickled fetuses, radical human deformities, and bits of Abraham Lincoln's skull.

There are no Statues of Liberty, Disneyworlds, or Grand Canyons in this collection of some of America's most unusual and anonymous delights. Many have never before been written of, except in regional publications of limited scope and circulation. Almost all are virtually unknown outside their immediate vicinities or states. You may find yourself recognizing a particular name, cultural relationship, or historical fact here or there, but you'll probably not know the whole story.

Legendary figures stand shoulder to shoulder with those whom time has forgotten: Buffalo Bill Cody and his mountaintop resting place; William Gillette and his quirky castle; Franklin D.