A Son of Philly in His Own Words 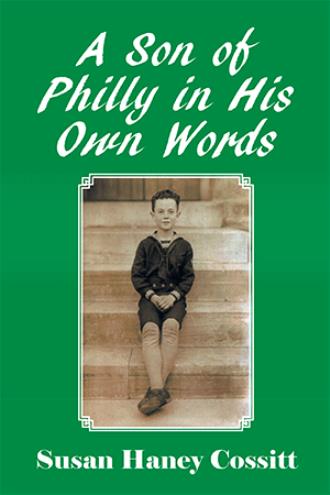 A Son of Philly in His Own Words is a moving, history-filled tribute to a son of Irish immigrants. Tom Haney was born and raised in Philadelphia, PA, and fought valiantly in WW II. He spent the rest of his life in Denver, Colorado, along with his wife, Mary Jane, raising their eleven children. The author, Susan Haney Cossitt, describes an afternoon she spends with her aging father that is life changing. She discovers the man behind the father she has known and loved all her life. The author draws on a lifetime of memories of her father, the stories he and her mother told, and an audio-tape Tom made for his children and especially his grandchildren.  She describes her afternoon with her father as a stepping stone that started a conversation, a journey with my father, that brought me back in time through the eyes of a young man who had weathered poverty, war, near death, physical and mental trauma, love, loss and every emotion one could experience during a lifetime. Sometimes he smiled when he talked, and I could see his eyes dance to the memories of those days. His humor lit the way and lightened the load. Hand in hand my father took me to those times and places. This would become a journey that would rival any adventure, or any gift. No amount of money could buy this time with my father, and no one could take it away.

Susan Haney Cossitt is the third eldest of eleven children. She has three grown children and three grandsons to whom she dedicates A Son of Philly in His Own Words.