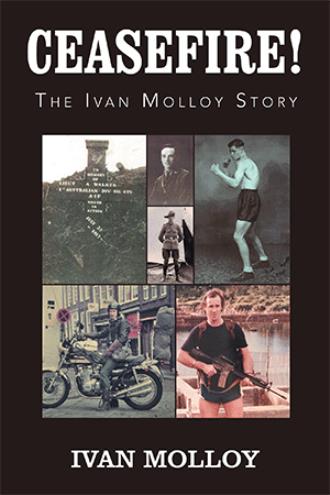 This is a true story! On one level it is part my autobiography. On another it deals with three generations of my family’s active involvement in war, terrorism, political and social conflict; and the tragic emotional and psychological consequences my family endured as a result.

In 2009 as an Australian academic with expertise in global terrorism, and a one-time aspiring federal politician, I fled to France to try and deal with clinical depression, and associated Post Traumatic Stress Disorder (PTSD). I was fleeing the nightmare of a destroyed career and a shattered family. As I tried to battle the ‘Black Dog’ of depression, suicide was a very real option for me. But first, I decided to write a book about my research and involvement with Muslim ‘terrorists’ and revolutionary guerrilla groups in the Philippines. It was a way of combating a public media campaign that had destroyed my professional and private life. But to do this I needed to retrace both my own and my family’s earlier experiences with conflicts elsewhere, which influenced me to choose such research. In so doing I discovered new realities about the psychological condition I was battling and how it impacted on, and haunted, my own extended family over generations, and all due to war and social conflict with horrific human consequences.

Ultimately, I have concluded I’m certainly not alone in my struggle. I’m merely another casualty of a brutal primeval human phenomenon, which continually infects the psychology of the next generation. It is the phenomenon of the subconscious human struggle for the survival of the fittest. Now with a greater understanding of my condition I have, at least so far, managed a stand-off with the Black Dog. I realise it wasn’t spawned by any particular condition of my own, but rather the very nature of human society. So far society still fails to take responsibility for generating such a condition and instead still promotes our innate species drive to achieve the survival of the fittest, an endgame which usually results in warfare. In the 21st century if we do not challenge and change our notion of what is needed to survive then forget the Koreas, ISIS, nuclear warfare, etc., human kind will eventually psychologically and then physically self-destruct.

How did I come to this realisation? It all played out in a small village called Ouroux En Morvan, in France.

Dr Ivan Molloy is a political scientist, freelance journalist and photographer, writer of fiction, non-fiction and an artist. Over the years, he has been very active politically achieving significant national and international notoriety with his research, political campaigns and speaking out on many issues such as Terrorism, US Foreign Policy, Human Rights, the Environment, Australian Nationalism and Politics in general (see his website: www: ivan-molloy.org).