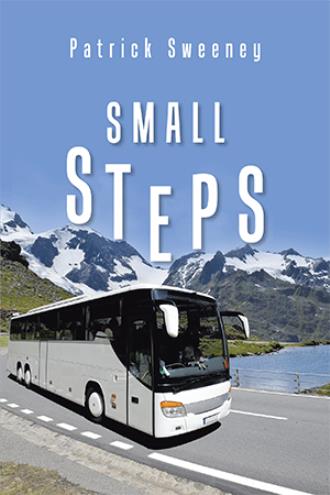 Preview Texts (maximum 1,000 words): From the Albany train station, things went smoothly for Phil. He reached the bus terminal in Albany with plenty of time to spare before the 4:00 pm express bus to New York City. He felt secure in the crowded bus. The bus driver, obviously on his own schedule, was breaking all the speed limits on the New York State Thruway with impunity. Phil struggled to stay awake, but mile after mile of the park-like hilly terrain on the west bank of the Hudson River gradually lulled him to sleep. He awoke when the bus lurched off the Thruway onto the Palisades Parkway for the final segment of its journey, down the New Jersey side of the river. Phil gasped as the tidal basin of the Hudson River came into view, resplendent in the late afternoon sun. Across the river, the fabled island of Manhattan unfolded southward with a cascade of skyscrapers. In the far distance, Phil could make out the harbor. This is a big fucking city. The bus pivoted to enter the Lincoln Tunnel and, for just one moment, faced the Empire State Building head-on across the river, ablaze in the sunlight from the West. I hope you know what the fuck you’re doing. Then, the tunnel, and darkness. Five minutes later, Phil’s bus reached Port Authority Bus Terminal, less than three hours out from Albany. Phil headed toward the Eighth Avenue exit, as the bus driver had directed. But instead of exiting to the street, he descended the stairway to the Eighth Avenue subway lines, seeking out the downtown A train. The platform below Port Authority was crowded and stifling in the July heat. After a bit of waiting, a bizarrely spray-painted train pulled up to the station, with a deafening screech of brakes. This is graffiti, the real thing. The train appeared to be mostly full, but the mass of weekend revelers on the platform with Phil surged forward anyway, literally pushing Phil into the car. A new wave of dense heat assailed him as he grappled for a strap hanging from the ceiling, in order to keep his balance. There was very little personal space. One small ceiling fan was whirring from one end of the car and most of the small subway windows had been pushed open by the passengers. The floor of the car was filthy. Phil was sweating and felt dirty as well. He had never been so crowded by humanity. Phil looked around at the other passengers. He saw an odd mixture of Negroes and Puerto Ricans, who were already on the train when it arrived, and the new passengers from New Jersey, who were almost all white. Bergamo had a small population of Negroes, but they inhabited their own part of the town and for the most part did not attend the Catholic churches or schools. Phil had spoken to a Negro girl once, when he was alone at a movie theater. She had seemed out of place, one black face in a sea of white, and appeared to appreciate Phil’s attention. Now Phil was the loner, surrounded by colored people. Their body smells were different. They chattered loudly among themselves without apparent note of Phil or of any of the other white people who had entered the car. The white passengers were quiet and avoided all eye contact with the colored people, and with each other. The train lurched forward, unleashing a steady flow of hot, suffocating air from the windows, which the ceiling fan feebly recycled. The ride, however, was mercifully short. One stop at Penn Station, where more partiers from New Jersey attempted to enter the train; one stop at 14th Street, allowing a brief trickle of passengers to exit; and then West 4th Street, where Phil was forced outward and up the exit stairway, by an exodus of passengers seeking entertainment in Greenwich Village. Phil paused upon reaching street level to get his bearings but then retreated to a storefront window in order to get out of the way of some serious pedestrian traffic. Hands firmly grasping his wallet and knapsack, Phil finally managed to catch his breath, and then surveyed his surroundings. He was standing in a beautiful world: the sun easing into the western horizon and casting long shadows behind short buildings; a fresh breeze from the Hudson River dispelling the oppressive heat; the Empire State Building looming to the north; cafés with sidewalk seating, just like in the pictures of Paris; people of all ages and colors and garbs, strolling down the broad avenues and emerging from narrow side streets. You’ve gotten here, by yourself. Okay, okay. It’s a great moment. Now what? Phil took stock of his situation. He had $466.00 in his pocket. He had a toothbrush, a change of underwear and a map of New York City in his knapsack. He was wearing a thin jacket which would shield him from light rain but little else. He was hungry. It was beginning to get dark. Phil gazed at the heavy automobile traffic streaming northward up Sixth Avenue, through its intersection with West 4th Street. Looking east beyond the intersection, he could see in the twilight some leafy boughs which signaled the presence of a park. Drumbeats and chants from that direction beckoned him. The traffic light changed. Phil stepped cautiously into the broad avenue, in the direction of the park, and then began to sprint. He was no longer running away. He was running forward.

Young Phil Sullivan orchestrates an escape from an oppressive family situation in Upstate New York and gets more than he bargains for when he arrives in Greenwich Village, alone, in the Summer of 1968. He rises to the challenge with some help from unexpected sources and starts to grow up, taking small steps, in the cultural milieu of late 1960s New York City.

PATRICK SWEENEY, a longtime business lawyer based in New York City, now writes fiction and teaches English as a foreign language from his new home in Valencia, Spain.