by William A. Kinnison 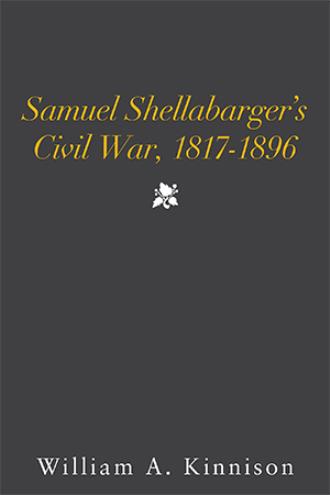 Shellabarger wrote to Hayes "from a feeling of unrest" about the overall situation. Perhaps he had been asked to write to bolster the candidate's belief that he had actually won the election. Hayes was skeptical at first, thought otherwise, and needed reassurance. Hayes would likely respond positively to Shellabargers view because he trusted and respected him and believed him personally loyal. Whether freedmen in the three states were bullied into not voting was the critical issue for both men. Shellabarger shared five observations with Hayes. First, he wrote, the Ku Klux Klan in all three states was determined to count Hayes out by disposing of the ballot boxes from black communities. Second, in South Carolina the ballots that would elect Hayes would also elect the Democrat candidate for Governor. It was feared, mistakenly as t turned out, that he would attempt to set aside Hayes' election. Third, he noted, if the laws of Louisiana were enforced which called for excludng all ballots from any parish where fraud or violence prevented a fair canvass, the state would go for Hayes. Fourth, Grant was certain of Hayes' victory in South Carlina and sent an order to the military instructing them to protect the returning board in counting and returning the vote. A fifth factor, he added, was that in Oregon one of the Hayes electors was ineligible to run and a fight would ensue to put a Tilden man in his place. Shelllabarger had consulted with Attorney General Taft and reported that he would advise the Republican electors there to select a third man, and proceed to cast their ballots. "You are beyond a doubt elected President," Shellabarger assured Hayes, "only revolution or war can prevent your induction into office." He added that Hayes' "wisdom, firmness and courage in the days ahead" would enable him to carry the day. It was not difficult for Samuel to conclude that Hayes had won. If only white men could vote, Tilden may well have won, but if the freedmen's votes were fairly counted , Hayes was without queston the victor. If blacks had been permitted to vote everywhere, he believd, even more southern states would have gone for Hayes. Mississippi and Alabama, and maybe others would have voted Republican. He was convinced that massive intimidation, even murder, of blacks had switched a number of states from Hayes to Tilden. The election was "one of the saddest chapters in Amrican history," he said,, "involving the killing and intimidation of freedmen to deprive them of their vote." Some northern states had also failed to protect African-American voting rights on election day. His view was persuasive and it was reflected in Hayes' diary. If the fifteenth amendment had been enforced, Hayes wrote, he would have had a majority of the popular vote and at lest 203 electoral votes to Tilden's 166. Shellabarger travelled to South Carolina to assist the U. S. Attorney there in a case before the state supreme court questioning the right of the Hayes electors to be certified. He had the main assignment, however, of seeing to it that the seven Hayes electors met and formally cast their ballots for Hayes before anything could be done to prevent it. This he accomplished but said it could not have been done without the Federal toops stationed there. The only thing between the Republicans and a massacre, he noted, was that garrison. Without it, the state would have followed Alabama and Mississippi into the Tilden column. In a Quo Warranto case before the state supreme court-- asking the Hayes electors to show by what authority they proposed to meet and vote -- Shellabarger moved for dismissal for want of jurisdiction. He claimed that a state court could not try the title of Federal electors once certified according to state law, an act which the outgoing Govrnor had completed. The mtion was over ruled. Shellabarger then had the U. S. Attorney move that the case be transferred to federal court. This too was over ruled. But he delayed proceedings long enough for the Hayes electors to complete their work. The U. S. Attorney then got a federal court order transferring the case. South Carlina, Samuel believed, was the Republicans strongest case. There was no doubt, even among Democrats, he wrote Comly, that Hayes was entitled to the state. Many irate citizens were bent upon arresting the Hayes electors and the Republican Governor, if they could. Comly was Hayes' closest advisor in Columbus and the man who first suggested Hayes be the party standard bearer. Samuel gave him a detailed account of his trip. He entered the city of Columbia, he said, virtually surrounded by intimidating white vigilante rifle companies of "about 50,000 armed, unformed and well drilled men." The Republican Governor and all his friends "would have been killed while I was there," he noted with emotion, but for the surprising fact that "the Democrat governor-elect, Wade Hampton, forbid them to strike." The government and all Republicans, he added, "live literally at the mercy of Hampton." There were some vey difficult issues to be resolved in South Caroina, Samuel reported, "but the Presidental question is not one of them." Clearly Hampton was interested in taking control of the state legally, consstitutionally and at the proper momennt and not before. He was willing to allow the Hayes electors to meet and vote, so that there would be no qestion of the legitimacy of his own election. Redemption of South Carolina, not Tildens electon to the Presidency was his only interest. "There is no serious pretense by the rebels," Samuel wrote, that Hayes is not entitled to the stae." The Hampton forces offered to yield the state to Hayes if they could have Hampton as Governor and the new legislature controlled by white Democrats. 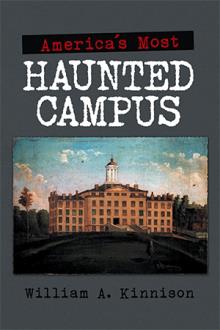 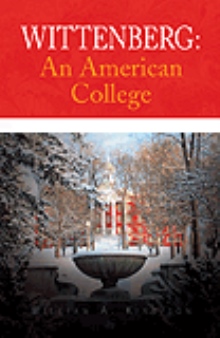 On Mud Run, near the recently abandoned Shawnee Indian village of Pickewe, Samuel Shellabarger was born in a log cabin on December 10, 1817. It was in the middle of an endless Ohio forest, a world away from civilization. Indians said a bird could fly from the Ohio River to Lake Erie never having to land on the ground. Mud Run was so deep into the forest that it seemed unlikely that anyone lost there could in a single lifetime win national fame and fortune. There were clues in Samuel Shellabargers early years that suggest he might surely rise above this wilderness. Shellabargers inspiration for a new America was a religious belief that "God had created of one blood all the peoples of the earth" and all were equal in God's sight, whether he or his father wanted it to be so or not. The nation, he believed, for its own sake, should embrace equality before the law or dire consequences would result. The nation's founders had declared that all men were equal but failed to achieve equality in practice. His generation was called upon to correct the mistake. But they let the opportunity slip from their grasp and created instead a new America he described as, "not fit to be." Samuel Shellabarger did not become famous, though he almost did. He became instead a footnote in a forgotten story that the nation should have remembered. And America, he believed, missed the only chance it might ever have to preserve democracy in the nation.