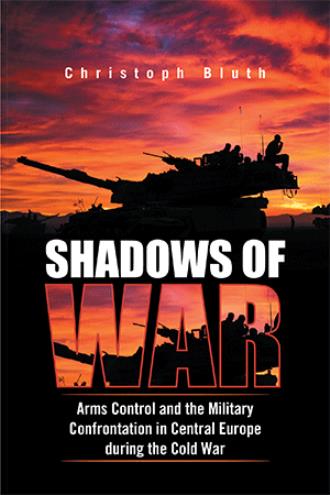 Détente in Europe and the Origins of MBFR The military dimension of the Cold War can be generally divided into three different spheres: The strategic nuclear confrontation between the two superpowers and their allies, the military confrontation in Central Europe and the competition for influence in the Third World which involved arms sales, the global projection of military power and various proxy wars The military confrontation in Central Europe was an important feature of the Cold War, which created a sense of conflict and threat that contributed substantially to the tensions between East and West. When the first moves towards détente in Europe were made in the late 1960s, it was apparent that the process would be incomplete if it did not also address the military dimension of East-West relations in Europe. The impetus for talks on conventional force reductions also came from domestic political pressure in the United States, Britain and Germany to reduce forces despite the perceived imbalance of force levels favouring the Eastern side. Despite the centrality of this issue to East-West relations and arms control during the Cold War, the talks on "mutual and balanced force reductions" have been largely ignored by Cold War historians. The existing literature dates mostly from the 1980s or before and is based on secondary sources from the strategic studies literature and then available official documents. It largely consists of accounts of the details of the talks available in open sources without much analytical import. The only exceptions are the studies by Müller 1988, and my own study from 2002 that gave an account of German approaches to the talks based on internal documents. New archival materials have become available that allow us to test the conventional interpretation of both NATO and Warsaw Pact policy towards conventional arms reductions in Europe. These include the full range of documents from the United Kingdom, the United States and the Federal Republic of Germany. Of particular interest is the full set of documents of the East German delegation to MBFR that has recently become available in the Federal Archives in Freiburg. These include all of the internal materials, protocols of meetings held, internal briefings to the East German leadership and a host of Soviet documents. In addition to those files, the East German military document collections in the Federal Archives also include extensive materials about military policy, the perception of NATO policy and strategy and the analysis of Warsaw Pact military exercises. The impact of the new evidence A fuller account of the history of talks on ''mutual and balanced force'' based on primary literature has now become possible. The reconstruction of the internal deliberations about the negotiations in the key participant states enables scholars to address some of the key questions about the military confrontation in Europe during the Cold War. One is the significance of the conventional military balance and the extent to which Warsaw Pact forces posed a serious threat to the West. NATO planning was based on the concept that any Warsaw Pact attack would be based on the assumption that nuclear weapons would not be used and that the Warsaw Pact would be able to defeat NATO forces using its quantitative advantage in conventional forces, in particular its tank armies. The strategy of flexible response codified the view that preventing escalation to the nuclear level was desirable, but that at some point, NATO forces would have no option but to resort to nuclear strikes. This interpretation has not gone uncontested. As in the 1990s, some scholars claimed that Soviet and East German military documents showed that Warsaw Pact forces planned to use nuclear weapons from the outset of any conflict. In this case, the assumptions about the significance of the conventional balance would be moot.

The military dimension of the Cold War was characterised by the strategic nuclear stand-off between the United States and the Soviet Union as well as the large-scale regional military confrontation in Central Europe. As part of the process of East-West détente there was an effort to address the risks of war in Europe by means of an arms control process referred to as MBFR (Mutual and Balanced Force Reductions). The true purposes and intentions of both sides (NATO and the Warsaw Pact) in these negotiations have so far not been fully understood. This book is based on path-breaking archival research that clarifies the objectives and tactics of the parties to the negotiations and the reasons for why the negotiations ended without an agreement. It makes a major new contribution to the understanding of Cold War History.