The Wartime Experiences of a Cleveland Czechoslovak Legionnaire

The World War I Diary of Ladislav Krizek 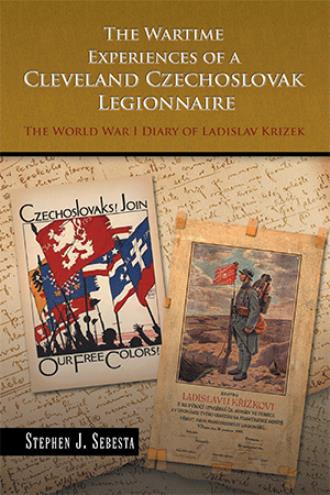 This book provides a unique insight into the experiences of Cleveland Czech Legionnaires who served with the Czechoslovak Legionnaires in France in WWI through entries from Ladislav Krizek’s daily WWI diary coupled with war photographs and various personal memoirs and papers. It outlines the formation of the Czechoslovak National Council under Tomas Masaryk and General Stefanik and the role of Cleveland in working toward the goal to form an independent Czechoslovakia as well as the recruitment of Czechoslovak Legionnaire volunteers. It summarizes the history of the formation of the Czech Legionnaires in France which in 1917 was decreed by the French president to become organized into an independent Czechoslovak army under their own flag but under French military leadership. The book traces the recruitment, training, battlefield experiences and post war activities of 352 Cleveland Czech and Slovak volunteers who served with the Czechoslovak Legionnaires in France. It discusses the problems associated with the lack of postwar medical aid for the approximately 100 disabled veterans and the loss of residency time toward U.S. citizenship. The book reviews the role of Cleveland as headquarters for the Legionnaires Invalid Fund as well as the Legionnaires participation in the Czechoslovak Freedom Day celebrations and their use of a replica of their original army flag presented to them by the Jan Hus Society in Prague in 1928. It describes the purchase of a 99 grave site section at Crown Hill Cemetery in Twinsburg, Ohio for burial of a destitute and later other Legionnaires and discusses the return of French and British WWI medals to Daladier and Chamberlain for their appeasement of Hitler by conceding the Sudetenland to Germany in 1938. It reports on the death of the last Cleveland Legionnaire in 1990 and the celebration of the families of Legionnaires at the 100th Anniversary of the independence of Czechoslovakia at Bohemian National Hall in Cleveland in 2018. 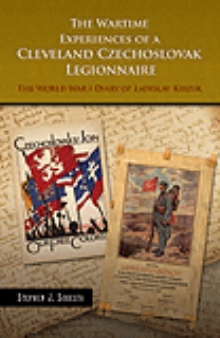 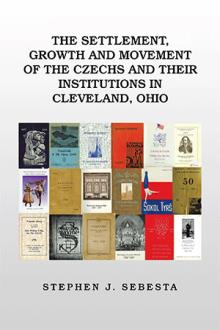 The Settlement, Growth and Movement of the Czechs and their Institutions in Cleveland, Ohio
Stephen J. Sebesta
$24.95

No information provided at this time. Author will provide once available.

Stephen J. Sebesta was born in Cleveland, Ohio and raised in the predominantly Czech Mt. Pleasant neighborhood. He graduated from Cathedral Latin High School, obtained a B.S.C.E at Ohio University, an M.S.C.E in engineering and an M.S from the Medical School at Wayne State University, and a Ph.D. from The Union Institute. Dr. Sebesta, a registered professional engineer, has served as President of Stephen J. Sebesta and Associates, Inc., Consulting Environmental Health Engineers since 1980. He has taught on the faculties of Cleveland State University and Case Western Reserve University and has served on a Board of Advisors for the Russ College of Engineering at Ohio University. Dr. Sebesta presently serves as President of the Cleveland Chapter of the Czechoslovak Society of Arts and Sciences (SVU) and Vice President of Sokol Greater Cleveland at Bohemian National Hall. Patricia Ann Krizek DeVoe, RN, who currently serves as Director of the Diabetes Action Research and Education Foundation, lives in North Bethesda, MD: Donald Thomas Krizek, Ph.D., retired from the USDA Climate Stress Laboratory, lives in Laurel, MD: and Eugene Lad Krizek, President of the Board of Directors for the Christian Relief Services Charities, lives in Alexandria, VA.