My Father and Me

The Adventures of Our Journey through Life

by Michael A. Bertola 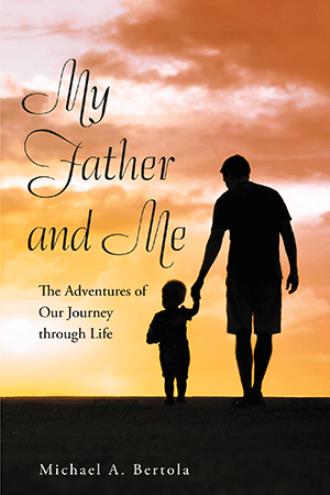 My friends and I were invited to a sweet 16 birthday party that was for Rosa DeMarco a very nice quiet girl, and the cousin of Joey DeMarco. The party was held at her parent’s house on Malcolm Avenue located in Garfield. Libby was able to borrow his sister’s car for the evening to take us. It was a 1957 Plymouth Fury that had pushbuttons on the dash instead of the rather conventional gearshift on the steering wheel column. It reminded me of a boat with huge tail fins on the rear. That car had more than enough space for six people to sit comfortably. We were all excited about the party and were waiting in front of Peggy’s ice cream soda shop at 6:30 PM as we agreed to do. While we were waiting, we went on and on about how cool it’s going to be to not have to ride with our parents. Libby was the only one of us old enough to drive. So, when we got in the car, we each chipped in ten cents for gas. Which was about $.26 a gallon. I sat in the back seat next to the window behind Libby. Johnny Minetti sat next to me and Mooch sat against the opposite window. In the front was Libby driving, in the middle was Joey DeMarco and riding next to him in shotgun was Bobby Abdul. Libby was concerned about the car being kept clean so that his sister would allow him to borrow the car when he requested it. Boy would he always nag us to keep it clean and watch our cigarettes ashes and trash. After a while, we started calling him an old broad. On our way to the party what we kept talking about was what girls would be there, and how cool we needed to be, so no one should act like a jerk and embarrass the rest of us We all lit our cigarettes and started smoking. Johnny had this zippo lighter he carried around and played with. He would flip the top open with his fingertips and then push the flint wheel to spark and light the flame all in one movement. He would do this over and over and it was so cool. Most of the older kids we knew would do this and I think that’s where Johnny learned how to do it. Not too far from the party we all started talking in an excitable state when Johnny did his thing with the lighter, and while it was lit slipped out of his fingers and fell down the crack between the back cushion and the seat. Me, Johnny and Mooch all looked at each other and our eyes were wide open and we couldn’t believe what just happened. Anxiously we tried pushing our arms between the crack where the back cushion met the seat, to fish for the lighter, but we knew it was too late because we could see smoke starting to come up. None of us knew how to tell Libby and we were very quiet. Libby could sense something was wrong because we weren’t talking anymore. It reminded me of the same feeling of quiet I had when Jonny Minetti pushed Joey De Marco’s hand up the back of my head ruining my haircut. Libby said “what the heck is wrong back there” Johnny being afraid said “no nothing is wrong”. After a while we started to see a little smoke start to rise and fill the back seat of the car. We in the back started to have to clear our throats a lot and eventually began coughing. At this point the car was so full of smoke everyone started coughing, and none of us could see each other anymore. I couldn’t imagine how Libby was able to see where he was driving. We cracked the windows open and smoke was billowing out of all four windows and Libby was swearing at us. Once we got in front of Rosa’s house, we all poured out of the car, and all you can see is smoke gushing out. We looked like the Keystone cops! Libby and a couple of us luckily pulled out the back seat and found the zippo lighter still lit. We closed the lid to the lighter, put the back seat on the sidewalk and sprayed it down with a garden hose, that was leaning against the wall All the kids at the party were outside circling around us and the car. We all had smoked faces, and coughing like we were gassed. Libby was yelling at us that his sister was going to kill him. So much for acting cool and not embarrassing ourselves. Thankfully it ended up that the seat wasn’t burnt on the outside just some of the stuffing underneath. We, all worked hard to get the seat clean. Rosa’s mother gave us Lysol, to use to kill the smell, and it all worked out okay. Everyone including the girls at the party stayed clear of us because we smelled so bad, thanks to Johnny and his lighter. The next day Libby returned the car to his sister. She asked Libby why the car smelled of Lysol. Libby said maybe he cleaned the inside too much and told her he would clean it less, next time.

My Father and Me is an autobiographical story that incorporates some of my most cherished memories that I have chosen to share with the reader, which is filled with love, a smidgen of danger, and good old-fashioned family values. It all starts in Sicily, Italy, in 1896. Families were migrating to America for a better life as harsh economic times were felt by all. My father Frank starts a gambling house, and it becomes quite successful. The mob steps in, and things get dicey. Frank must figure a way out or else. The family’s many activities and interactions sometimes lead to unexpected consequences. While the stories of my experiences growing up are lively and delightful, the stories from my dad and those from friends and family are heart-warming stories of respect and most of all love.