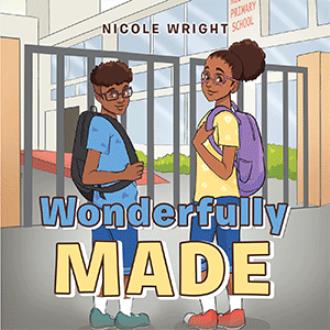 Several weeks passed by and the bullying continued for Nic and me. It seemed to get worse for us by the day. Either I was a teacher’s pet, a nerd, my hair was wrong, my clothes weren’t what they thought I should wear even though they followed school rules, and the latest thing I was teased about was my lips, calling me bubble lip. While, the lunch badge incidence stopped for Nic, kids found other ways to bully him. He would tell me how they would make fun of his shoes, because they weren’t the most popular brand, call him four eyes for wearing glasses, “blackie” because his skin was darker, or make jokes about his nose because they thought it was big. We would talk about it with each other and we would have tears in our eyes. These actions by our peers were so embarrassing and we were getting tired of it, but we were too nervous to tell because we were scared of what everyone would think.

Bullying has become a major problem among school-age children everywhere. This book captures how siblings are being bullied just for being who they are. Find out what they did to stop it before it goes too far, and make a change at their school.