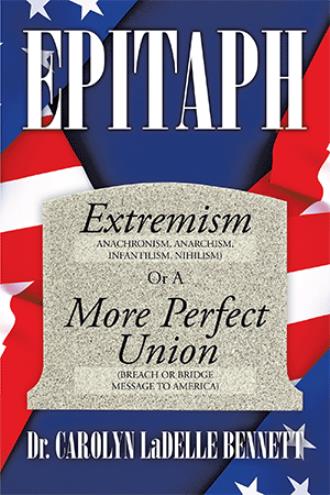 Edited Excerpt from Chapter I Extremism: Anachronism Gerontocracy Anachronism Meets Anarchism Backwardness meets chaos To tear down historic statues (or to debate or adjudicate such folly) is not only a fool’s errand and an act of mindless extremism, it is a grand distraction, a show, a stunt, part of the unending tragedy performed by and for Americans under the leadership of incestuous inmates entrenched in and around Washington. One “wing” feeds on the other making each end, each extreme, of a kind. History and legacy becomes not a good to be studied, built upon and made better; but rather to feign ignorance, censor, rip and revert. As with Americans’ tribalism, Americans’ penchant for segregation or separatism is both anachronistic and anarchic (backward leaning and chaotic). The Supreme Court decision of the 1950s decreed that segregation is inherently unequal. Segregation promotes inequality as well as an overall unhealthy splintering of society. Building on this decision would have been to fund and increase schools of education and ensure properly trained professors to educate and assist with the development, retraining and in-service training of critically important K-12 school teachers to be employed and to replenish teaching as well as support staffs of all schools in America. As with other vital institutions and critical sectors of American society, this essential readiness— as distinct from U.S. leaders’ venal and corrupt preoccupation with “readiness” for raw aggression — failed to happen. America’s teacher training colleges (originally “normal schools”) turned into “universities” named for businessmen or foundations in search of tax evasion, often headed by out of field or unfit administrators. Curriculum began to focus on churning out MBA’s, clever proposal writers, and scripted contract proposals contributive to and procreative of government’s incestuous militarism. When needed most, fundamental or general education, particularly teacher training had been disparaged and devalued (anybody can teach; those who can’t resort to teaching). All kinds of militarist and nonsensical, self-serving and clever proposal-writer curricula were introduced that furthered the splintering of Americans together with a severe decline in the caliber of instructors and the processes of teaching and learning (and access to these) and in the caliber of student (entering and exiting institutions of higher learning); in the overall quality of student knowledge and essential student skills and abilities; in an essential character of self-reliance and self-discipline, in capacity for critical thinking, reflective, independent and rational thought, and creativity; and an appreciation for lifelong learning. American society, long before pandemic 2019 was splintered and unready, unprepared for present and future. Splintered and Unready Americans in the past died to desegregate schools, businesses, places of employment, voting precincts, and neighborhoods. The quest was not to separate from America, but to join in contributing to America. A key achievement known (or should be known) to every American schoolchild is Brown v. Board of Education of Topeka (May 17, 1954), one of the most important rulings in the history of the Supreme Court of the United States. The high court ruled unanimously (9–0) that racial segregation in public schools violated the Fourteenth Amendment to the Constitution, which prohibits the states from denying equal protection of the laws to any person within their jurisdictions. The decision declared that separate educational facilities for white and African (Negro) American students were inherently unequal. Though the decision strictly applied only to public schools, it implied that segregation was impermissible in other public facilities. The late 1950s and 1960s, American civil rights movement was inspired by Brown. No matter how it is twisted or who does the twisting, segregation remains an extremism that feeds on itself. That embodies and inspires fear and hostility. That promotes inequality and ignorance. That is unchallenged and unchallenging. Nevertheless, America’s Super Ivy Leagues — where the rich can buy acceptance letters, where assassins are bred, and where human traffickers and drug pushers can have wings bearing their names — are bill boarding and practicing segregation outright, creating and showing off parallel societies, ghettoizaton. Like their graduates’ humanitarian massacres in Iraq, Pakistan, Syria and Afghanistan, their assassinations in Libya and Haiti, they are telling Americans: this is good for you. In contempt, condescension, and backwardness, Stanford University advertises “Black” graduation cloaked in humanitarianism: celebrating Stanford’s “the long tradition of cultural awareness.” Harvard University advertises separate “Black” graduation ceremony separate from “Latinx” graduation ceremony separate from “White” graduation ceremony. Columbia University segregates its ceremonies into “Lavenders,” “Asians,” “First-generation and/or low-incomers,” “Latinx,” and “Blacks.” Thurgood Marshall argued before the U.S. Supreme Court Marshall that “Segregation in public education produced unequal schools for Negro and white Americans” (emphasis added). Moreover, gates and ghettoes don’t breed community, intercommunication, learning or human understanding. Segregation breeds ignorance, paranoia, and severs America’s Union. Not born to be tribal Loud speaking Americans and panderers seem sentimentally stuck in a land of “identity” other than America. Even among those who boast most of being American… present themselves as hyphenations: African- / Irish / Italian / Jewish / Latin. “American” becomes almost an afterthought no doubt sending America’s founding men and women (and President Lincoln and Justice Thurgood Marshall) spinning in their graves. The United States of America from the breakaway colonies was not conceived as a tribal land as were lands of Europe and Arabia (Asia and Africa). Quite the opposite. Call it an “experiment”, if you will. The ideal of the American founders was and is worth pursuing. The colossal error has been not so much the flaw in the founding discussions and documents or in the legacy left by the founders; but rather in the unfitness of leaders distanced from the founding. … Later leaders have failed to care about or take seriously the founding legacy and its promise and potential. They have chosen build-“back” / make-“again” backwardness; instead of studied diligence: continuous attention to making the beginning better, the gift improved; the Union “more perfect” and the commitment relearned and affirmed in each generation. 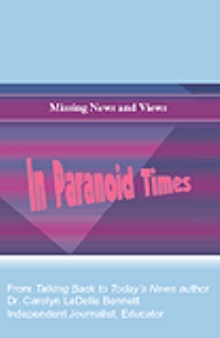 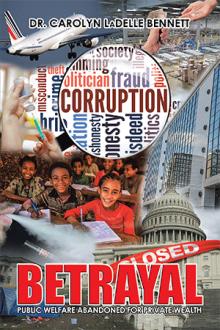 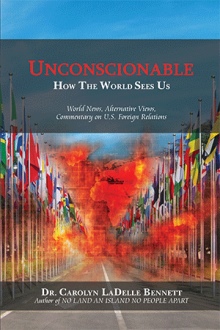 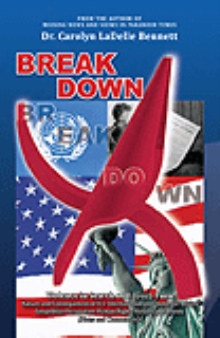 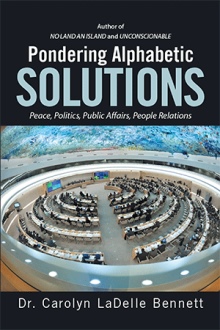 A nation dying of self-inflicted mental and moral wounds turns rabid—extremist. Leadership crippled by corruption, moral impairment, physical and mental decay, capable of nothing other than the same old thing, flails and destroys and in cowardice (likened to an infant but powered by lethal partners), ducks responsibility and blames a made-for-the-occasion “enemy.” America’s leadership class of kleptocrats, gerontocrats, incestuous hangers-on and clingers to Washington’s revolving door are the American (anachronistic, anarchist, nihilist) extremists. They create and feed on global and national crises; and spawn America’s weakness, unpreparedness, and loss of common defense. Their age must end. Epitaph returns to the framers of the American Union, lays out the nature of present-day American extremism with critical evidence from distant headlines and information sources and context of world thinkers — originating far beyond the Washington Beltway. The work ends with advisory notes to youth, and notes toward forming a More Perfect Union.