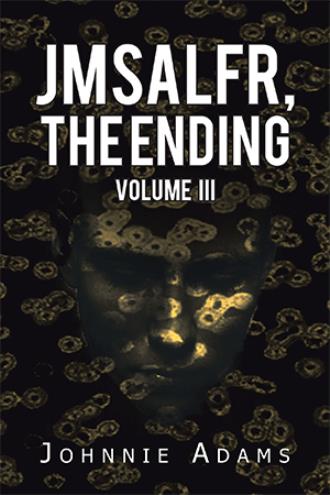 This journey begins with Volume I (Jmsalfr, the Coming) and is centered on an ordinary family and their ill-fated journey as it intertwines with a perfect alien. This alien and his counterpart had traveled from a world existing in perfect harmony billions of miles away from Earth. Their reason for coming to Earth was for the Lf element, which they could retrieve here based on natural occurrences on Earth. This was without human knowledge, and they were to reward humans by protecting them against any extraterrestrial interference. This way, both would mutually benefit. The two travelers arrived on Earth during prehistoric times when Earth’s life forms were only microorganisms. The aliens’ discoveries, perils, and conflicts with each other as well as an accidental event entrapped them on Earth long enough for them to witness the evolution of mankind to what we are today. Along with this progress, some of man’s destructive actions gave them means of reemerging and engaging in humans affairs. One of the aliens was structured positively (Jmsalfr) while the other was structured negatively (the Mod1). As a result of some negative events on Earth, which led to the death of an earthling named Jmsalfr and his family, the alien with the positive forces was moved. As a result, he assumed Jmsalfr’s identity. Volume II (Jmsalfr, the Coming) continues this journey as Jmsalfr’s actions interlace with many intriguing human events of an earthly nature, which parallels events experienced by an alien from another world. Jmsalfr encounters a superior orchestrator of human destiny with evil intent. This results in a fierce battle on behalf of humans. All this happens while Jmsalfr was searching for advantages that he could use in his ultimate confrontation with the Mod1. Volume III (Jmsalfr, the Ending) brings this trilogy to an end, traveling through the many adventures of Jmsalfr and the Mod1. It illustrates all the events leading to the final confrontation between Jmsalfr and the Mod1, and the status of their plan to return to their world. Jmsalfr is astonished by what he witnesses on Earth upon his return from scurrying in the universe, discovering a desolate planet with little evidence of human life. From his perspective, a combination of pseudohistory and human growth, covering many different ideologies, will define Earth’s destiny. To offer the reader an overview of the content in Volume III (Jmsalfr, the Ending), the following quotes were taken. These are excerpts from the two characters, Jmsalfr and the Mod1. Jmsalfr: “For millions of years, I have traveled throughout what earthlings call the universe or space, but I have never experienced what I have encountered here on Earth. In my travels, I have experienced and witnessed many different forms of life. Some forms have evolved to a high level of development and intelligence, even rivaling that of my world. Earth is young in its evolution of intelligence. Nevertheless, I knew the potential was there. Using their measurement of time, it would have taken millions of years. However, time is insignificant. It is the road that one takes that allows the victor to create his destiny.” The Mod1: “It is inevitable, that which had been spoken of. The final confrontation between Jmsalfr and myself must occur before we can return to our planet. “Man has no sustainable future. He is entrapped by the messenger that promotes his creation and his DNA, which embodies all his potential, waiting to be acted on by life itself by exposing him to what has happened, what is happening, and what is to happen. The result of those factors and their inconsistencies doom man from the start. “For me, the reality is a little clearer. First, I would end humans as they now exist. With that done, we would be supplied with a huge quantity of Lf elements at once. The mission would be over, and we could return to our world. My earthly, long-term vision shows me that, eventually, we will end up at this point anyway. Jmsalfr had his reason, and so do I. Never have I observed such a large percentage of humans with morose personalities and blatant disrespect for their fellow man. They show no commitment to what one would think was the lowest of obligatory duties to each other as humans, given their credulous attitude and a tendency to follow evil.” The Mod1 is entangled in pursuing strategies to accomplish two goals. One is to use his projection of humans’ weaknesses to manipulate them into defining their destiny, which yields negative results and proves to Jmsalfr that his outcome of humans is correct. The other goal is to coordinate the results of human actions into helping him defeat the aliens that he had discovered living on the ocean floor, undetected by humans. You will be quite intrigued about the outcome of man’s destiny and how the final confrontation between Jmsalfr and the Mod1 ended in determining both man’s future and their return trip home.

This volume allows the reader to experience Earth as it evolves through the eyes of two aliens from another world who have superior abilities. It illustrates how they can easily manipulate man’s progress by preying on their weaknesses, all done in plain sight but unbeknownst to humans. The actions the humans take are based on the different ideologies they adopt, resulting in their demise.