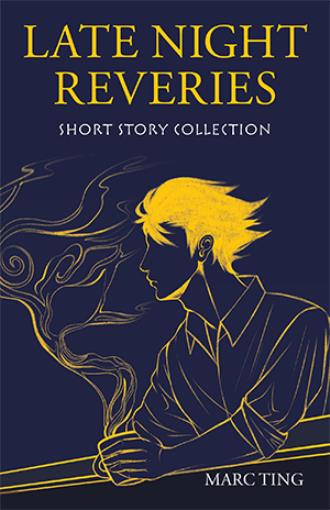 Why we stare at the Moon It’s midnight, and he sits in his usual spot by the window. The moon was full tonight and he wasn’t about to miss it. Old as he was, he never wanted to miss it ever. Hearing someone going down the stairs makes him look away from the object of his attention to see who it was. It was his 8-year-old granddaughter, rubbing her eyes with one hand and holding on to the bannister with the other. “What are you doing up kiddo?” He asks with a soft voice. His granddaughter was slightly startled but calmed down when she noticed that it was just her grandfather. She walks over a little more awake now. “I just woke up for some reason.” She says when she was close enough. “Why are you up grandpa?” He smiles and looks back out the window. She does the same. “I wanted to look at the moon.” He tells her. “Why?” She innocently asks, though she wasn’t looking away from the moon either. He gestures for her to sit in the chair across from him; the one where his wife used to usually sit when they both wanted to see the moon. She sits and looks at her grandfather for an answer. “I have a lot of reasons actually.” He tells her as he faces her. “Did you know that the moon’s light is actually just a reflection of the sun’s light?” Her eyes widen at that. “Really?” She asks. He nods. “Yeap, and people look at it because it gives them hope to see the sun again.” He says. “Wow.” “I’m not really sure about that one actually.” He says chuckling a little, which makes her frown. “But I like to believe so.” “So why do you look at the moon grandpa?” He looks back at the moon with a smile. “Because it’s beautiful, because it reminds me of the people I’ve met and bonded with.” He looks back to her and sees she’s also looking at the moon. “Other people have their own reasons why they look at it. Some have no reason and question why they do so but they don’t really mind if they come up with an answer or not.” He sees her nodding, “It’s really nice to look at.” She says and he smiles, remembering his wife saying the exact same words when they first met. “It sure is.” He says, looking back at it. “Do you have a reason now to look at it?” “One,” He hears her say, “But I hope I have more reasons to when I get older.” “I’m sure you will.”

The book is a compilation of short stories with no connection to one another. Though if you can find a connection be my guest. I'd say that's pretty much it.

Marc Ting is from the island of Cebu in the Philippines. Born and raised there believe it or not and he loves reading and writing stories, who would have thunk? Also this is his first book so he hopes you enjoyed it.