by John A Burgess 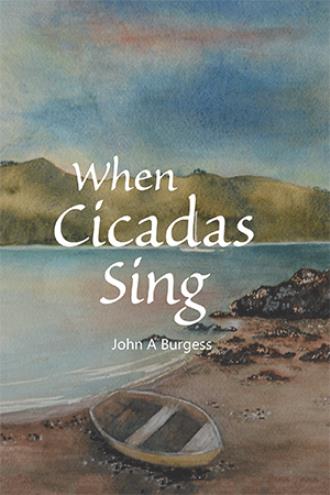 Fionna was preparing breakfast at the kitchen bench. Greg was busily sweeping the floor and shaping a small pile of sand ready for the hand broom and pan. With the beach a mere ten metres from the bach it was inevitable that sand would be brought inside despite the plastic foot bath at the door in which everyone was meant to dip their feet. She skirted around the busy sweeper, relieved that neither seemed to note her entry and there was no need to face questioning. Samuel sat on the edge of his bunk, a book on his knees, but his eyes asked the question, Have you found the oars? She gave a little shrug as if to say, No, couldn’t find them then, noticing the instant dismay on her brother’s face, decided to be kind and gave a nod followed by a wink. “You were both up early.” Mum’s voice startled her. “The noisy weather last night obviously didn’t keep you two awake.” The frying pan spluttered as an egg slid into the smoking oil. “What’s the beach like? Much seaweed thrown up?” Dad inquired. “Heaps. Quite a bit of that King Neptune’s Necklace stuff,” Alex offered. “Quite a bit of driftwood too.” She tried to not catch Samuel’s eye. Following a brief pause as he stored the hand broom and pan away Dad added, “I hope our boat’s okay. You checked on the dinghy before bed didn’t you, Alex. Everything alright this morning?” For a moment her mind became a summer whirlwind whisking thoughts like leaves in a revolving frenzy. Then an image of the seagull on the upturned hull cautiously cocking its head appeared and abruptly the whirlwind ceased. Dad wants to know if everything is alright this morning. Of course it is ... now. “Yeah, everything’s good this morning. The cicadas are singing,” Alex added and sensing Samuel’s eyes on her she affirmed what her inner voice had earlier announced, “and it’s going to be a great day.“

It is Boxing Day and the start of Summer holidays in New Zealand. The Armstrong family arrives at their holiday property to a confronting sight. What happens next to have them feature on the front pages of the nation's newspapers and television news broadcasts? In five short days, along with a newly acquired Maori friend, Alex and her young brother Samuel's lives change as this thrilling tale unfolds. Sibling rivalry, racist views, and personal fears are challenged, while a budding romance creates new self-awareness. Set in the tranquil Bay of Islands, accompanied by the ever present crackle of Cicada song, Alex and Samuel, are unwittingly thrust into a series of events that swiftly move from confronting, to mysterious, to disturbing, to terrifying, leading up to the gripping climax.