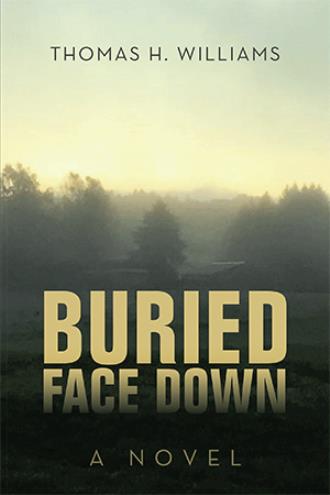 Jimmy Houston watched the yellow float plane circle lazily in the clear, blue sky as the pilot prepared to land. It was a six passenger de Havilland Canada DHC-2 MKI Beaver bush plane piloted by a young native man no more than sixteen years old. At least that’s what he’d looked like to Jimmy on the flight to the lake. I have socks older than he is, he thought. The plane, almost fifty years old, was landed expertly and taxied to the wooden dock in front of the rustic cabin perched on a rise facing the lake. Piles of fishing gear and duffle bags were stacked nearby, ready to be loaded. John Compton, one of Jimmy’s best friends and fishing companion, lashed the plane against the dock, using lines tossed to him by the pilot. Jimmy, John, Sam Miller and Old Henry had spent the last two weeks on the remote Canadian lake fishing for walleyes and northern pike. The camp was located on an island in the middle of six-mile-long Moose Lake in northern Ontario. The cabin’s lights were powered by solar panels and water was pumped by a cantankerous gasoline engine directly from the drinking-water lake into a 200-gallon plastic tank perched high on a tower made of cedar logs. Propane tanks provided gas that powered the cabin’s cookstove, refrigerator and shower. The cabin came with two Lund aluminum v-hull boats equipped with fifteen horsepower outboard motors. They had shared the cabin with a family of field mice that kept them awake at night scampering about in the dark. One of the best features of the camp was that there was no cell service. Sam Miller was a retired state policeman who had left the force under something of a cloud but had been instrumental in helping Jimmy solve mysteries in the past. They had also become close friends. Old Henry—everyone called him that—was a widower who spent every waking moment of his retirement either fishing or thinking about fishing. This was his first trip to Canada. John and Jimmy had played high school football together. Upon graduation, John had enlisted in the military while Jimmy completed a PhD in botany and was a professor at the local college. John owned and operated an auto repair service. Both men were in their early thirties. “You ready to go back to civilization?” the young pilot asked. “We gotta hump it. There’s a cold front comin’ in, and we’re expecting some thunderstorms to pop up.” “Yeah, I suppose,” Jimmy said. “I don’t know about the other guys, but I’m in no hurry to leave.” The other three men nodded in agreement. It had been an excellent trip with many fish caught and many sunsets watched. With good luck catching walleyes, they had enjoyed several excellent shore lunches with Old Henry showing off his campfire cooking skills. “Anything happening out in the real world?” “Nope. It’s just the same old, same old. You didn’t miss a thing.” They loaded their gear into the back of the plane, climbed aboard and strapped themselves in. Henry’s knuckles grew white on the armrests as the plane roared down the lake and lumbered into the air. The pilot tipped one wing down sharply as the plane circled and headed south. The lake and cabin grew smaller and smaller as Jimmy watched out the plane’s window. This wasn’t his first trip to Moose Lake, and he hoped it wouldn’t be his last. Forty-five minutes later they landed on a lake beside the main lodge and unloaded their gear onto the dock. The lodge owner showed up with a cart attached to a four-wheeler and transferred everything to the parking lot where their rental car waited. They sat for a few minutes at a picnic table under a large tree and talked with the owner, filled out evaluation forms for the camp, and made a reservation for the next year. Hands were shaken all around and the fishermen drove the fifty miles to the airport. Only when they’d turned in their rental car, cleared security and were seated in the small waiting area near their gate did they turn on their cell phones. Jimmy’s phone lit up with a long list of texts and missed calls. There were several texts from the academic dean—his boss at the college—that became increasingly strident as he tried to reach him. Jimmy didn’t bother to listen to all the dean’s voice mails. Together, they all had one theme; the dean wanted to see him in his office and the sooner the better. He didn’t say what it was about. It was just like his boss to leave Jimmy wondering what he’d done wrong this time. He left the most pleasant text to read last. It was from Emily Flynn, a former graduate student at State College where he taught. He and Emily had become close friends born out of many common interests. Jimmy was hoping their relationship would prove to be more than just friendship. She had recently completed a master’s degree in archaeology and had been hired by the college to assist in an archeological dig in a nearby mountain meadow. They were excavating an ancient Indian village. They had uncovered several burials and were working through the red tape involved in dealing with the governmental agency that oversaw such things. One burial was especially interesting, and she wanted to talk to him about it. The body had been buried face down. 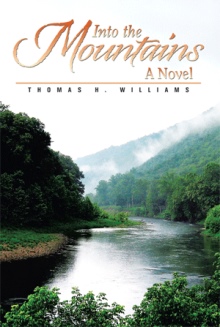 Into the Mountains
Thomas H. Williams
$24.79 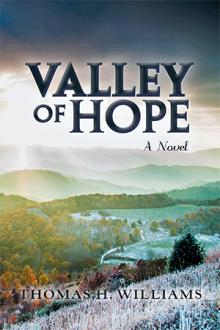 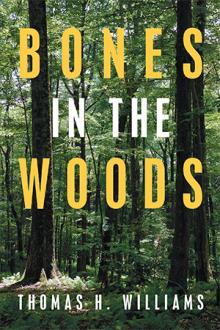 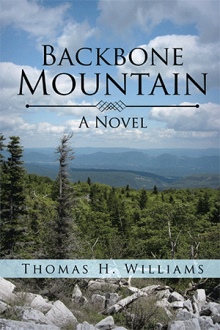 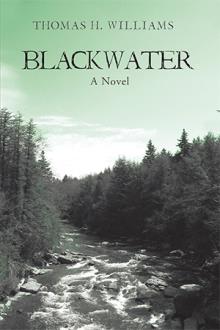 When archaeologists excavated an Indian village in a farmer’s field along a river in the Appalachian Mountains of West Virginia, they made a startling discovery. Among the buried remains of ancient American natives, was found the skeleton of a man who had been bludgeoned to death and interred face down sometime in the early nineteen-hundreds. At about the time of this gruesome discovery, Jenny Franklin, a student at State College, went missing. As far as everyone knew, she was a happy, studious individual who was majoring in sociology. One day she was there, the next, she was gone without a trace. Professor Jimmy Houston and his friend, Sam Miller, were asked by the dean of the college to investigate Jenny’s disappearance. What fate had befallen her? Was she still alive? Was there a connection between Jenny’s disappearance and the face down burial? Jimmy and Sam wouldn’t rest until they solved this mystery.