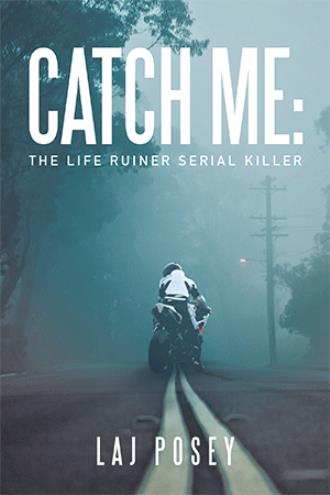 Chapter 1 Jamal Stone aka “Roc” April 4, 2020 Prologue My first kill I can remember like it was yesterday. I was scared to death thinking about everything that could go wrong. Things like what if someone sees me with her, or what if someone has a video camera catching me abducting her, or what if someone sees me bring her to the place I planned on killing her, and finally, what if I leave evidence behind. Even though I learned all I could about forensic science still what if the cop discovered it was me. No matter what though I had my mind made up and I was killing her ass. She ruined my life by snitching on me. She set me up on a drug deal that put me away for ten years. The fucked-up thing was I loved her like a sister; I would have done anything for her, for heaven sakes I was her daughter Emily’s godfather. I was doing what I had to take care of my family, and looking out for hers. People have a choice if they choose to get high, why not give their money to me. She got caught and testified against me, that’s how this all started. Tanya had to die! You know the old saying snitches get stitches! I’ve been home for a year and a half living as a model citizen working as a supervisor at Amazon. My now best friend Ethan Daniels got me the job and gave me the promotion, he’s my boss. I’ve been hanging with my kids, and my now six and a half month’s pregnant wife Kimberly Wade, now Kimberly Stone. Kim is very beautiful. I've known her for years, and she had heard I was locked up. Three years left in my bid she found me and has been there for me ever since. Kim is a white woman that stands five foot seven inches and weighs one hundred and thirty-five pounds. She has long dirty blonde hair that almost looks dark. She is a licensed practitioner nurse at Saint Mary’s Cancer hospital. Laying in my bed thinking; I remember how I’ve been watching and planning to kill Tanya. She still lives in the same town Greenwich, New York. I would drive the forty-five minutes after I got out of work at five-thirty; watch from six-fifteen until eight at night, and then drive home. Those were the days I would go over to Kim’s house, and on the nights I didn’t go to Kim’s I would stay in Greenwich until midnight. Some nights I would see Tanya coming out of her house walking to the store, and most of the time it was late. Tanya now had a man and two children. I thought about what was about to happen to their mother, and I felt sorry for her kids because their mother's days were numbered. She and her boyfriend are drug addicts, so I thought maybe the kids would be better off without them. The sorrow I felt passed when I remembered that she didn’t care about taking me from my family, so my heart went cold, and I focused on my plan. I was a nervous wreck because I kept thinking about how I would feel after the fact, and that’s what’s been taking me so long. I kept thinking to myself, damn can I really kill someone. Even though my mind kept going back and forth, I knew she had to die. I had just come home from prison, so I had to take my time. I’ve been home for over a year, and I had to build an airtight order about my life to my family, co-workers, and most of all my parole officer. I still had two more years I owed the state of New York even though I live in Massachusetts. I finally decided that this week it’s going down, but at that time I couldn’t pinpoint the day. However, it happened on April 4, 2020 on a Tuesday around ten at night, and I couldn’t believe how easy it went down. I watched Tanya walk out of her house and the street was unbelievably still and quiet. It felt like we were the only two people on earth, and my heart was pounding. I willed myself to relax, and told myself that it had to be done. I took ten deep breaths and I was ready. There was a small stretch of woods that had no houses. It would take two minutes of walking before you could see the Cumberland Farms, which would still take you five minutes to get to. I always parked at the end of her block because with my binoculars I could see her house perfectly. As I saw her leave her house I turned off all interior lights, and climbed out the passenger side of the car. I was dressed in all black and had a mask that covered the lower half of my face and the hooded sweatshirt I wore over my head, so all you could see was my eyes. I also had on a pair of all black Nike gloves and a pair of Hi-Tech boots. I chose those boots because I always wear Timberlands, so if they had found footprints in the ground, well I don’t wear those types of boots, and my shoe size is eleven, but that’s an average size. I wore those clothes because if she struggles she couldn’t get any type of DNA from me, but I hoped it didn’t come to a struggle. I planned on knocking her ass out cold. I hid in the woods on the same side she walked on. I hid there because I’ve been watching her walk on the same side every time she goes to the store. She always walked close enough to the woods that I knew she wouldn’t have time to react.

Catch Me: The Life Ruiner Serial Killer. (“Ruiner” is a colloquial expression employed by my character.) The protagonist is a serial killer named Jamal Stone, aka “Roc”, who was set up on a drug deal by one of his closest friends, Tanya Spencer. He served 10 years in prison due to this betrayal. Roc comes home after serving his time, and through a series of adventures locates Tanya, and avenges himself by killing her. Through this experience of chase and revenge, Roc becomes a vigilante exacting justice by killing people who have ruined other people’s lives. What drives Roc is the intriguing combination of a sense of justice and the thrill of violence. The FBI gets on the trail of “The Life Ruiner Serial Killer”, trying to put a stop to the murder spree. Even though a pattern emerges that this murderous spree is partly motivated by the wish to do good, Jamal plays a dangerous game. He has everything to lose but loves the thrill of trying to see if they can….. CATCH ME!