Go Stand in the Corner 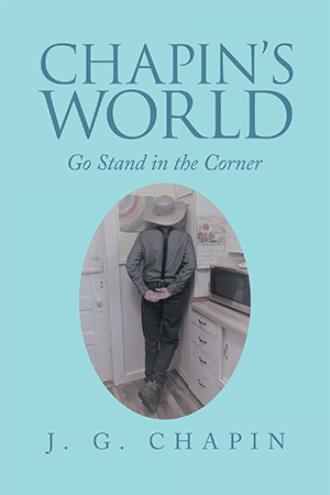 Keep in mind as you read Chapin’s World: Go Stand in the Corner that the author has been known to stretch, fabricate, and exaggerate reality. We might have added that Chapin intended to write his memoirs but could not even remember what he had done before noon. The lone truth in Chapin’s World was that no one has been exempt from being dragged along with the author’s wild imagination. Throughout this book, Chapin explained how he rambled, shambled, and remodeled everything in sight. With his only reward as survival of the plight. Read how the author interacts aimlessly with his family, and old friends, such as Twinkie Wilton, Toad Ellis, and Guru Clyde as they attempted, and made the worst of every situation. Spend an afternoon with the amateur mechanics or suffer through a day trip with Sunshine and the Grandlings. You’re sure to discover how the laughter from these antics will last longer than chocolate chip cookies around the Chapin house. Relive the day JC tinkered in his tin shed, sat the outline for a families’ orientation, and observe the lengths a man goes to hide his fears. Remember Chapin’s World WARP drive mentality? That was, ‘where all reality perished.’ Are you still reading with the scrutiny of sane logic? Stop it! If you haven’t read any good books lately, lower your expectations and read Chapin’s World: Go Stand in the Corner. 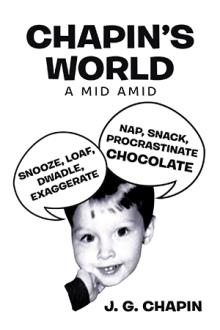 While the use of humor has declined, the need for it has increased. Since medical studies confirmed that laughter boosted the body’s endorphins, natural painkillers, and reduced stress, the humor found in Chapin’s World could be a lifesaver. The ‘master of Personal disaster’ is back, with his reluctant family, and ‘less-than role model’ friends, to make you laugh out loud. In his latest attempt of Chapin’s World, fabrications ran the gamut of outlining his family orientation, to the author’s inept deer hunt with his cousin. Chapin also did a little tinkering in his tin shed, suffered more than normal light-headedness on Pike’s Peak, and, as usual, received an ill-advised consultation from his beatnik acquaintance, Guru Clyde. The reader is taken from babysitting mishaps with a grandchild, a struggle through the author’s military training, to the recollection of a knock-down-drag-out with his children’s pets. Be the first and, most likely, the only, one on your block to own Chapin’s World: Go Stand in the Corner.

John G. Chapin is best known for writing tall tales about his slow lane, mundane life. Chapin has a master’s degree in communications, and has retired from a lifelong career as a Communication specialist (which, possibly, entailed masterful graffiti on the concrete walls of a highway overpass). He worked for over thirty-five years in the Broadcast Industry. More recently, as a broadcast consultant and college instructor. Lighthearted humor had always been a major part of Chapin’s world, and he expounded on a calamity to the ridiculous stage. In case you were still unaware of Chapin’s writing style, He had used the formula of mixing equal, half-portions of wit and narrative. Chapin has now become quite distinguished for his ‘half-wit’ humor. All that in hopes of entertaining you. Like Chapin’s great grandfather, Sedley, who was an early-day columnist in Osborne County Kansas under the penname of Crosby, JC too has a talent for wit and clever phrases. (And, a knack for down-to-earth wisdom.) John Chapin has been married over forty-five years to Connie, a talented, published songwriter, and poet. Their two adult children are closet writers, who expressed thoughts of their own younger generation. Their son, Brad, is a published author in the field of psychology, international speaker, and creator of the Challenge Software Program. (Search: selfregulationstation.com.) Recently, John noticed that their daughter, Leah, has, unfortunately, displayed a warped sense of humor and may join his creative endeavors. Beware!