What I Have Learned From Coaching

Timeless Prerequisites for Success and Fulfillment 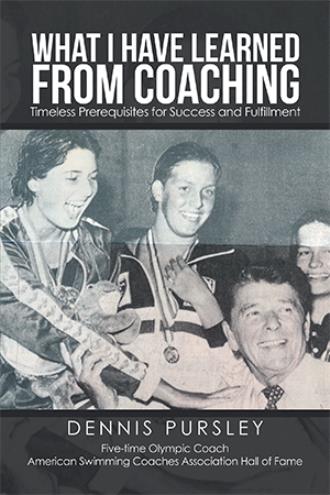 My experiences at both Lakeside and Cincinnati also taught me the value of group synergy. There has been an age-old debate in our sport as to whether swimming is an individual sport or a team sport. My response has always been that it is whatever you choose it to be. Those who choose to make it an individual sport will focus on individual performance goals and isolated training plans specifically designed to cater to their individual needs. While the benefits of this type of training are obvious, it does not take into account the immense power that is generated by a group of people working together and challenging one another in the pursuit of a common goal. The levels of performance we can achieve in a challenging group environment will almost always far exceed those that we can achieve in an isolated environment. The daily battles that they faced in workouts enabled them to develop a mental toughness that served them well in competition. Ironically, it is sometimes through our response to failure that we can make our greatest contribution to the success of the team. After months (and years) of intense training, the hay was in the barn, and we arrived at the 1980 national championships and Olympic trials with great anticipation. The first event of the meet featured one of our most dedicated and most popular swimmers who was considered an outside shot to make the Olympic team. Her performance fell well short of our expectations. When she touched the wall, my heart stopped partly because I felt so badly for her and partly because I knew her reaction could potentially derail our team effort before we even got started. Instead of sulking in her disappointment, she bit her lip, climbed out of the pool, and immediately began to cheer for her teammate in the next race. The impact of this unselfish reaction was powerful. When her teammates saw her put the team goals ahead of her personal disappointment, they responded with an even more determined effort. Her inspired teammates went on to establish three new world records, place six swimmers on the Olympic team (the most of any club) and win the overall national championship team title. An unselfish response to a disappointing performance was the catalyst that enabled all of this to happen. The final seven years of my coaching career were spent at the University of Alabama where it all started for me. At this last stop, I distilled all the lessons that I had learned into what we called our three core values: attitude, character, and commitment. It all starts with attitude because if you don’t get the attitude right, nothing else matters. Attitude is a choice. We can choose to focus on the positive or focus on the negative. It is also contagious. The choice we make will strongly influence those around us. Our mantra was to “keep it positive.” Character is a broad value that encompasses many attributes that are prerequisites for success: sacrifice, discipline, perseverance, etc. We especially emphasized integrity and the importance of being reliable and trustworthy. We didn’t all have to be best friends, but we all had to respect one another to become a successful team. There were two aspects of the third core value—commitment to preparation and commitment to team. Commitment to preparation was expected to be uncompromised and superior to the competition, and commitment to team was the glue that held it all together. The “team first” mentality, the willingness to sacrifice personal preferences for the good of the team, and the willingness to put a higher priority on team goals than on individual goals are the ingredients of a magical team experience that will bring the best out of each individual on the team. These three core values served us well during my tenure at my alma mater. Fifty years of coaching for me encompassed ten different teams in four different countries. They have all been special experiences which have taught me many valuable lessons. The most rewarding aspect of my coaching career has been the relationships that are developed when a group of people make an uncompromised commitment to the pursuit of a challenging common goal. This is completely unrelated to the level of talent or even the level of performance that is achieved. It is all about striving to be the best that we can be and helping others to do the same. One of my favorite quotes is “Success in life is measured not by what you have gained for yourself but by what you have done for others.” The process of striving to be the best that we can be involves discipline, commitment, sacrifice, and perseverance through hardships, failures, and disappointments. Unfortunately, these attributes are not as mainstream in our society today as they were when I began my coaching career, but they continue to be and always will be essential to the pursuit of excellence and to personal growth and fulfillment. Our culture may change, but these prerequisites for success will never change. The greater the challenge, the greater the reward.

At the age of thirty-six, I had accomplished all my professional goals and questioned whether I wanted to spend the rest of my professional career coaching competitive swimmers to swim a given distance faster than they ever had before. Surely, I thought, there are more important and significant professional endeavors that I could pursue. It then occurred to me that what we were doing was not primarily about swimming from one end of the pool to the other faster than we ever had before. First and foremost, it was about the life lessons and the principles, values, and attributes which contribute to success and fulfillment in all aspects of our lives that are acquired in the process of striving to be the best that we can be as competitive swimmers. Our culture may change and evolve, but the prerequisites for success and fulfillment remain constant. This book is a reflection on my fifty-year coaching career as it relates to these life lessons.

During Dennis Pursley’s coaching career, he was a five-time Olympic coach, a recipient of the US Olympic Committee Chair’s Coaching Award, an American Swimming Coaches Association “Coach Of The Year,” an American Swimming Coaches Association Hall of Fame inductee, and was recognized in 2003 as one of the “25 Most Influential People in the History of USA Swimming.” He personally coached swimmers of both genders to world record performances and to the podium of the Olympic Games and/or the long course World Championships in all four competitive strokes and both individual medley events.