All the Wrong Sides 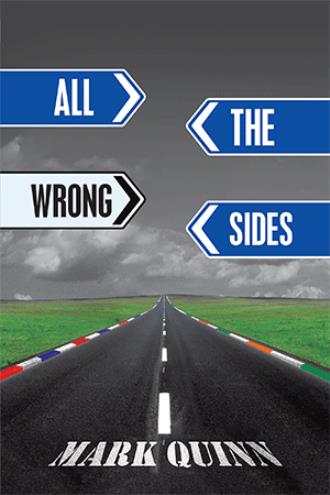 By the time Eilis got home, the boy was asleep again and I knew I had not killed the Daytonas. I came down from upstairs when I heard Eilis let herself in. ‘Hi, love.’ I could have sat there for three nights and not worked out what I could ask her or say to her. Eilis had already kicked her shoes off in the sitting room and shed her glittering bomber jacket and feathery scarf. She was in the kitchen boiling the kettle for hot water. I was standing by her grandfather’s armchair, spying on her in the kitchen past those coloured plastic hanging strips that used to be everywhere then. She shook her hair away from her face, like she does when she is performing and, with those plastic strips and the harsh fluorescent light, for a moment I was in the wings watching her on stage. She was humming to herself. Years later I would know that was a hum to stop me from talking to her. I didn’t know it then. I tried talking to her, offstage, from the sitting room – about the wee lad, Gloria – but she hummed away. She was having a stripwash. She rolled her stockings off first, set them in two conjoined rings on the draining board. She spun her skirt around to unzip it, and let it fall to the floor. She bent slowly (in pain, in age?) to pick it up and drape it over the seat of the breakfast stool. Then, roughly, she tore at the buttons of her blouse, suddenly or again angry at something in her head. The hum became a grunt and I stopped trying to talk. She poured the steaming water into the basin and, with a flannel, scrubbed first her face then her armpits, working her way down until she reached her feet. One foot at a time kicked up to the sink, she applied the flannel meticulously to each toe and between each toe. She wanted to be clean, or she wanted not to leave her stage. She was humming again and drying herself and, for a moment, I interpreted this as happiness. Please can she be happy, I thought. Happy to be alive, to have me and our son, to. If that can’t be enough, I. If she can’t. She lay in bed beside me and kissed me goodnight as usual. She turned away. ‘Are you all right?’ Yes. ‘Did they make you sing?’ Yes. ‘I thought, when you didn’t come home, it must be that.’ Yes. ‘Was it a good crowd? I mean, were they good to you?’ No. They wanted The Daytonas. When they heard that the band had been attacked, they still wanted The Daytonas. Maybe they didn’t realise. ‘I called you. Did you get the message?’ Yes. ‘Some wee girl, out of her depth possibly. Did you get the message?’ Yes. ‘You understand, I couldn’t stay on for you to come to the phone. Gloria. As it was, I had been trying for ages.’ Yes. ‘I had been calling the wrong number, the one the police gave out for people near the scene. Then I realised, you were at the Panadol, not near the scene.’ No. ‘For a moment, I thought you might have been with them in their bus. Stupid. I must have lost my head there. The boy was.’ Crying. ‘Are you all right?’ Sometimes, when the boy cries, the only thing that will do is his mummy. You know that. He’s all right now. He knows his mummy is back. ‘There was a news flash. Then, on Gloria’s TV, they had pictures. They were in a field, by the side of a field, the bus was. The bus was in the field. Bits of. You didn’t see that?’ No. ‘I couldn’t hold for you to come to the phone. Honest. And I knew you would be occupied there. The wee girl didn’t say, but I knew they would make you.’ Sing. ‘They shouldn’t have made you. I can’t believe they made you.’ Sing. Sean and Davy and Seamus. ‘Cynthia Sorley, your friend, is.’ Eilis gripped the bedsheet or gritted her teeth. Maybe she wanted me to stop. ‘Injured, badly. But not.’ Dead. ‘Thank god you’re safe.’ Eilis lay completely still beside me, emptier even than the sky above us then. ‘I didn’t know at first but, when I recognised that their blown-up bus was beside a field, so couldn’t be in Belfast, I knew then you weren’t.’ Dead. ‘Yes, that’s right. And you had the car.’ Yes. Not me. I didn’t have the car. Eilis needed the car. Legitimate. So, I hadn’t driven. I didn’t go with Ryan and. Whatever it was, wasn’t me. Quinn had taken over from me, he said he would do it. Even though we weren’t friends. My car was needed elsewhere, legitimately, is what I had said. So, another man had driven to Cullycreggan. ‘There was another explosion, near the border.’ Ryan and? ‘They are saying it killed the boyo who set it.’ Who is Ryan? ‘Do you understand? This was not the one that got the showband. Same time, different place. Cullycreggan.’ Who is Ryan? Ryan is a mad eejit from the town. It was all his doing. Even Cash had little to do with it. It? It, the. It was all in Ryan’s head, I doubt Jim knew much about it. He told me nothing. Ryan’s the one. But he got Jim to construct a device. A bomb. They were to go to Cullycreggan with it. Me too. But you needed the car. What are you telling me? They planted a device by the road. A bomb. What are you telling me? Why are you telling me, Frank? ‘Thank God you’re safe.’ Next door, the boy started up again with the crying, and it filled the empty night. 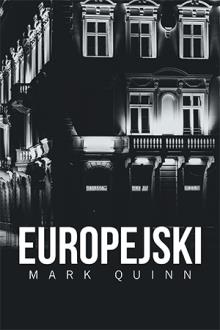 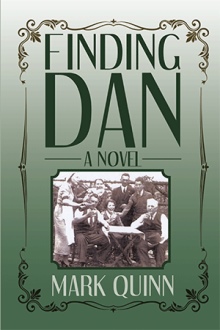 A car bomb explodes prematurely on the Northern Irish border, missing its intended target. Someone has passed information to the police, but who? Three childhood friends hold the key. During one long night in hospital, Frank will spin his side of the story. This is about the limits of friendship and the pasts we cannot escape for all our efforts to reinvent them. It is about football and song and the noises that stick in our ears. It is about the promise of the lives we could have and the ones we decide to settle for.