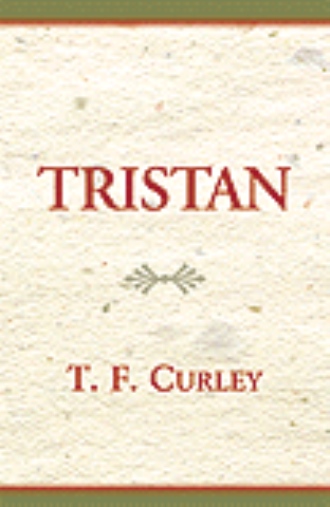 Tristan is the last of a trilogy, the first two being Past Eve and Adams and Nowhere Man. A new character enters the world of Mary Monroe, Sid Stein, Gerald Weems and Hamilton Norris; it is the world of the 1960s, the New York of East Harlem, the East Village and the art worlds of Soho and Madison Avenue; of Cape Cod and of Boston from which the young man of the title comes. His name is Thomas Trotwell who, like his legendary predecessor, is of sorrowful and uncertain birth.

It is a Sixties Romance in the sense that the illusions, the optimisms, the cynicisms be they racial, religious, political or sexual are underscored by a naive passion for justice.

Trotwell is considerably younger than the woman he loves; younger also than her companion Gerald Weems and her friends. The world he enters is prosperous and poor and he meets it with a candor and recklessness worthy of a Tristan.

The work comprises several intertwining narratives; the first, entitled The Tale of Trotwell is a fairly straight forward history of Trotwell implicitly, not explicitly, written by one of the characters, Frank Harrington; the second narrative, Trystom's Tale, is composed by Thomas Trotwell using a fictional first person narrator who intentionally confuses the "real" characters of the first narrative and the "invented" characters of the second. He further complicates his fiction with real quotations from any ancient authors thereby creating an anthology which he entitles Pandemonium, fully aware of its parliamentary origins.

Pandemonium is also a narrative in three parts, Beginnings, Lovings, Endings, and constitutes Trotwell's education; shortly after the close of Pandemonium Trystom experiences a mystical trance, The Book of Night, that creates a new order of the world (the motto in Latin on the dollar bill) out of a drunken dream.

Thus, as distinct from his informal tutor, Frank Harrington, Trotwell sees in that so-called new order neither a dream nor a nightmare but the question that humanity has become for itself. Further, unlike Harrington who dies at the end of The Tale of Trotwell, Trotwell and his Trystom become mutely anonymous.