It’s Just a Matter of Balance

You Can’t Put a Straight Leg on a Crooked Man 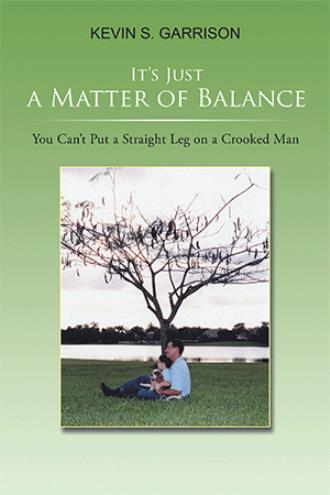 CHAPTER 14 The Prosthetics Program I WASN’T SURE what to expect as I took the elevator up to the seventeenth floor of the Rehab Institute of Chicago. The view from the top of the building was absolutely awesome. As I entered the classroom and looked out the massive windows, I could almost see clear across Lake Michigan. I felt like I was floating among the clouds. The instructor quickly brought me down to earth as he proclaimed, “You better pick up all the books on this list as soon as possible, because starting tomorrow, you are expected to know everything in all of them. I can assure you that you will be tested to prove that you comprehend all you should know.” He passed out the course syllabus and reading list, and I knew that any illusions of partying while I was in Chicago were totally out of the question. Every day was filled with endless lectures and lab work. My favorite part of the day turned out to be lunch. The most challenging part of the day was something called Critique. Critique came at the end, after we actually fabricated prosthetic devices. First, each of us was assigned a professional patient. These folks were paid volunteers who allowed us to provide them with prosthetic devices that we made for them. I had no idea where the program found our professional patients, but their presence was invaluable to us. They had all forms of amputations, and they were both men and women. Some had a leg off below the knee or above the knee, and some had both limbs off in all different combinations. We had arm patients with many levels of arm amputation. We had a patient with just the hand missing, another missing an arm just below the elbow, one with an entire arm gone, and even one with both hands missing. They were all great patients who were essential to our educational process, and we appreciated having them all. I thought they were very courageous to let us basically experiment on them. During Critique, you had to present your patient in front of the entire class and educational staff, demonstrating how the device you had just made for him or her worked and how well it performed its intended functions. I always wanted to be the best in the class and felt tremendous pressure to succeed. It is necessary to understand that creating a proper prosthetic device is a very complicated endeavor. Although I had had previous on-the-job experience that was helping me greatly, being questioned and graded for your performance at Critique was always very intense. During Critique, you had to exhibit that you had a complete understanding of all the biomechanics involved, as well as all the anatomy-and-gait analysis techniques. You were expected to be able to explain thoroughly why you had constructed the type of device you had. This was the theory part of our education and was very challenging as well. I just loved lunch. As the morning progressed, I would develop such a hunger that I would feel more and more uncomfortable as lunchtime approached. After finally eating my simple lunch, I would feel so good that I would kind of zone out on the wonderful, satisfied feeling I was experiencing. I would lean back in the booth and close my eyes. I would then deeply relax, using the feeling in my stomach as a platform for a peaceful escape from the soul—crushing stress of Critique. My fellow students called me the Texan for the obvious reason that I came from Texas. As we were all getting to know one another, a simple math problem helped me impress my classmates. One day, during the first week of prosthetics school, I was relaxing with my head on my arms on the chair-desktop surface. I was just waiting for the professor to show up for the early morning lecture. One of my roommates was trying to calculate the costs involved in our rental agreement when he shouted from across the room, “Kevin, what’s 251 divided by 3?” Without any hesitation, I replied, “83.666666.” That simple repeating decimal was an easy calculation for me. The other students who had heard our conversation were very impressed with my lightningquick ability to calculate all those sixes. As the program progressed, my serious devotion to the profession was what earned me true respect from my fellow students. Although I quickly settled into the routine of the program, I was still quite nervous about the daily quizzes and questions provided by our instructors. However, I enjoyed the prosthetics program very much.

In this compelling memoir, author Kevin S. Garrison takes you on his journey from undergoing a Syme amputation to a life of service, helping others deal with the effects of physical disability as a Certified and Licensed Prosthetist. In 1969, teenager Kevin Garrison was diagnosed with cancer. Not long after that, his doctor informed him he needed a Syme amputation, and he would lose his right foot. At that moment, Garrison knew change was upon him forever. In this true story of survival, Garrison shares his incredible journey facing uncertainties and anger, struggling with emotional and physical pain, and fighting fear as he moves further away from his usual routine and into the world of the permanently disabled. This memoir is one of those inspirational stories that will help amputees, their family members, and healthcare providers learn how to let go of anger. Exploring his most profound, most personal thoughts, Garrison illustrates a descriptive and sometimes shockingly funny journey as he discovers what it's like to undergo amputee rehabilitation and that rebuilding your life is possible. In its third edition, It's Just a Matter of Balance will show amputees how to overcome physical disabilities and deal with the effects of physical disability and the emotional pain that comes with it. Garrison draws from other inspirational stories of survival during his time as a Certified and Licensed Prosthetist. In addition, he teaches amputees how to overcome despair as he shows his struggles to rebuild his life. The American Academy of Orthotists and Prosthetists and The Veterans and Active-Duty Military Psychotherapy Treatment Planner recommend the book. Kirkus Reviews called the book, "A heartwarming debut memoir about finding meaning in the face of loss...His sly sense of humor, meanwhile, provides a good balance to his heavier material." Garrison knows firsthand that getting advice on dealing with amputee rehabilitation is not easy. However, his memoir, It's Just a Matter of Balance, will help you see how your story can help others. You'll see through Garrison's eyes that rebuilding your life is not only possible but that you can still live a life that involves serving others. The book chronicles the events leading to Garrison's below-the-knee amputation, his recovery, and the physiological adjustment needed to adopt a prosthetic limb. Additionally, he poignantly details his true feelings, triumphs, setbacks, and positive choices as he learns to focus on his abilities instead of his disabilities and overcome challenges. It's Just a Matter of Balance shares an eye-opening glimpse into the inspiring life of Garrison, who demonstrates to others that with genuine acceptance of our fate and dedication to anger management, we can live a whole life with significant meaning and purpose.

It's Just a Matter of Balance shares an eye-opening glimpse into the inspiring life of author Kevin S. Garrison. As a Certified and Licensed Prosthetist and survivor of a below-the-knee amputation, he demonstrates to other amputees that you can live a life that is inspiring to others with genuine acceptance of your fate. "As an educator, I believe this book will surely help high school-and college-aged students find their strength and passion when creating personal and professional goals. A true story based on courage and the determination to succeed." -Dr. Linda Gettinger-Dinner, MSN, ARNP, Associate Professor of Nursing "Truly inspirational. Very graphic, yet with a humorous touch. Puts life in perspective." -Bryce E. Epstein, MD, Fellow American Academy of Physical Medicine and Rehabilitation Listed on the American Academy of Orthotists & Prosthetists Recommended Reading