THE WOMAN WHO DRANK THE SASSY WOOD 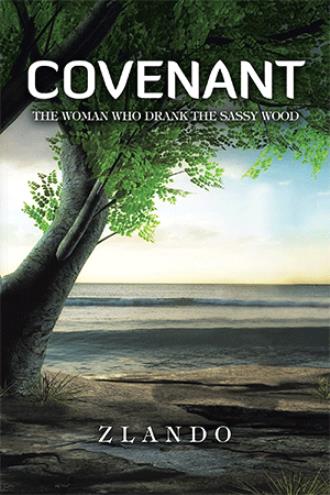 This book reveals a ‘TRUTH FINDING’ cultural ritual that portrays primitive repulsiveness and outright humiliation towards women/females throughout the world. COVENANT clearly reminds us about how most cultures throughout the world are faced with primitive repulsiveness; globalism vs nationalism, cultural tradition vs modernism, tribal tradition vs Christian morality and Western law, globalism vs nationalism, ancient religious belief vs atheism/commercialism/socialism, etc. In this remote town, Tenneh was accused by her husband as one who killed her third child. By the growing protests from the town and accusation from Duah, Tenneh’s husband, Tenneh is forced to drink a liquid ( Sassy wood ) or ‘ True Serum’ to gauge her innocence or guilt. The Sassy-wood is a Truth Finding ritual of this town. For any mystery or mystical occurrence the accused person must perform the ritual to prove his or her innocence. So Tenneh is the one who is accused and she has to prove her innocence.

In a culture where marriage covenants are typically arranged by parents, romantic feelings, true love, seldom entered into the negotiations. Those emotions are born later, after the marriage is consummated. Prior to that neither the young man nor the woman pursues the other. In The Woman Who Drank The Sassy Wood- Michael Gonkerwon Siaway reveals how the woman is treated in most arranged marriages. If not the roles of parents that rule the marriage, culture would insists that the marriage abides by, the tradition in which the marriage is covenanted, or negotiated. In most cultures, the privilege to make choices or decisions is denied to women. Women are seen not as helpmates but as partners who in most cases, take the blame, must remain silent. In the twentieth year of their covenanted marriage, Duah reports that his beloved daughter, Yei is dead. And there should be a reason to her death. Under pressure from Duah and a growing protests from people of the town, Tenneh is seen in the eyes of the people as one who killed her own daughter. As a custom of the town, for any mystical event or occurrence, the town’s remedial ritual must be performed to explore the unknown or unearth the truth. Tenneh is the one who is forced to perform the ritual to prove her innocence. Though Tenneh’s faith is tested. However, is Tenneh willing to perform the ritual? Did Tenneh actually kill her child ? Or is Duah accusing Tenneh with no evidence.