Astrology and The Thema Mundi Chart 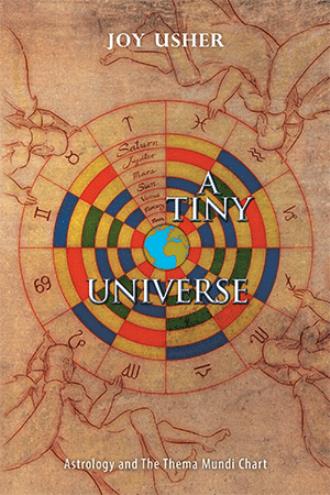 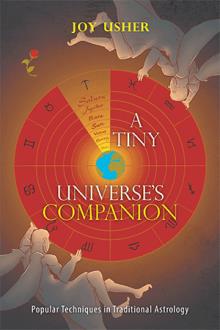 A Tiny Universe is a textbook which is based on Thema Mundi, a symbolic chart of the planets’ positions at the beginning of humankind’s existence. Thema Mundi has existed as the teaching tool for astrological techniques since Hellenistic times and traditional sources from Greek, Persian, Arabic and Hebrew origins used the mythical representation of the Birth-chart of the Universe as a model for their evolving theories on astrology over the centuries. A Tiny Universe explores the seven original planets and their meanings and discusses the planets’ role, both in general through the time periods of life, and specifically through the astrology chart. The judgement of a planet’s condition under the terms of the Essential and Accidental Dignities is featured and the Friendships and Enmities which exist between various planets is discussed in the book. Thema Mundi embraces the process of life which begins with the four qualities, leads to the ‘roots’ which we call the elements, and completes its journey at the twelve zodiac signs. The final chapters highlight the importance of the twelve houses which set the planets into specific areas of an individual’s life through the astrology chart. A Tiny Universe takes a modern look at a very old chart as Thema Mundi introduces the planets, the qualities, the signs, and the houses, to the reader who is interested in astrology – from the novice astrologer, to the practitioner, who wishes to gain a deeper understanding of the origins of their craft.