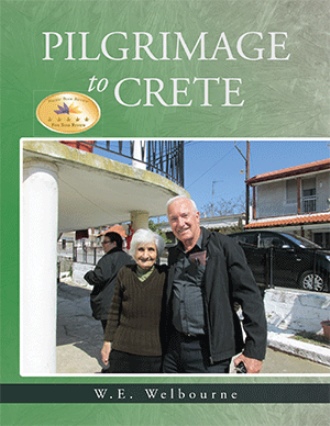 The train chugs slowly north across the broad Macedonian plain to the foothills on the Yugoslav border. At this point, Arthur finds an opportunity to escape. He explains: ‘Some blokes managed to open a hole in the floor. It was risky but I decided anything would be better than being a prisoner of war. I slipped through the hole, and watched the train go away.’ Arthur is lucky. Others who try similar methods of escaping are caught under the wheels. With neither map nor compass, Arthur staggers across unfamiliar country alone. Weak from dysentery and exhaustion he collapses in a field near the small village Greek village of Pefkodassos. ‘I had only gone a mile or two when I collapsed in the field, not far from this little village. The next thing I knew, I was being cared for by this Greek family. I couldn’t speak their language. They couldn’t speak mine. It didn’t matter to me.’ The head of the Antoniadou family finds Arthur unconscious in a patch of melons. At an enormous risk to himself and his family, Mr Antoniadou carries Arthur back to the safety of his home. Arthur stays there for three weeks until his health is restored. They feed him on sour milk and a kind of porridge, which helps cure his dysentery. During his recuperation he works in the fields dressed up like a Greek peasant. Arthur never forgets the Antoniadou kindness and over the years he keeps in touch by writing to them after the war. Fifty years later in 1991, he and his two army mates are able to visit the village during a trip to Greece made by the veterans from the 2/23rd Field Engineer Company. The old man of the family and his wife are now dead. But Arthur is able to enjoy a reunion with their daughter Rachel, 15 at the time of Arthur’s escape, and her then-boyfriend, George, whom she later marries. 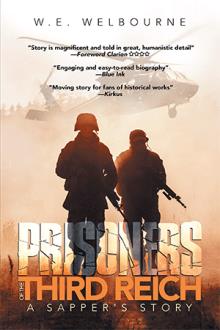 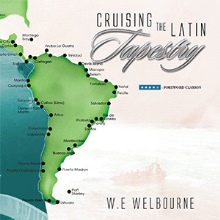 At the outset of the Second World War on September 1, 1939, young Aussie ‘diggers’ are rushed to assist Britain in its hour of need – to the nearest European war zone in the Middle East and North Africa. My Uncle Arthur, young ‘Arty’ is one of these – a sapper with 6 years militia training as an army engineer. The ANZAC forces sweep through Libya, from Egypt to Benghazi, defeating superior numbers of heavily armed Italians – the first Allied land victory of the war. Ill-equipped and lacking promised supplies, the ANZACs are then inappropriately redirected from North Africa to Greece to help the Greeks face the overwhelming German advance. Retreating to Crete, Arty is captured in the Battle of Crete and becomes a POW. I am motivated to visit the conflict zones of Gallipoli and to follow my uncle’s wartime exploits from the time of his capture in June 1941 until his third and final escape from a German work camp in Czechoslovakia in 1945. Modern day travel makes it possible to visit not only the more recent wartime scenes of Central Europe, but also to visit the sites of classical civilizations to discover the history, art and cultures of the Mediterranean. Accompanying me on my journey is Avril who was born in England and has vivid wartime memories of the conflict from her childhood.

Bill Welbourne is the author of Cruising the Latin Tapestry, a splendid travelogue and adventure story of his travels around the extraordinary continent of South America. Welbourne’s latest book, Pilgrimage to Crete, traces the footsteps of his uncle who was captured by the Germans in the Battle of Crete during World War II. His intriguing tale takes us on a journey to historic battlefields and civilizations of the Eastern Mediterranean, the Middle East and Central Europe.