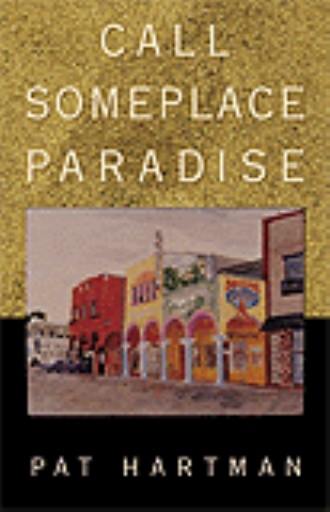 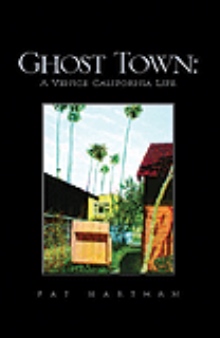 Venice, California gave up its status as a city seventy years ago and still became one of the world´s most stubbornly independent communities. Acknowledged as a unique urban environment, Venice is the seaside playpen where trends are born, a tourist magnet rivaled only by Disneyland, and a microcosm of everything that´s good and bad about America. Half the stars of movies and music have lived there at some stage of their careers. Probably more film footage exists of the Venice boardwalk than of any other stretch of real estate.

Millions of people have seen innumerable images of Venice on TV and in movies, and visited the boardwalk, and wondered how it would be to live in such a crazy place, and even wished they dared to throw caution to the winds and move to Edge City. Most books about Venice have been pictorial, poetic, or scholarly. Call Someplace Paradise is a kaleidoscopic collection of observations from the viewpoint of an inhabitant over more than half a decade, 1978-84. Unlike the sociologists and bureaucrats who came from afar to scrutinize Venice, I had the advantage of living there.

Venice is a place where it´s worth knowing what went on there in any period, the kind of place that lives in legend, an American Shangri-la. In many people´s minds it´s the epitome of hip. Interest in Venice will only increase when its Centennial comes up in 2005.

Call Someplace Paradise is for anyone who lives there now, or used to, or ever wanted to, or might some day. It´s for people from other countries, curious about life in this almost anarchistic milieu; for futurologists, sociologists, urbanologists, economists, aging hippies, and libertarians.

It covers Venice shrines, institutions, historical sites and monuments: the Gas House, the pier, the Venice Beachhead, Tony Bill´s 73 Market Street studio, the canals, A Change of Hobbit, the street where part of A Touch of Evil was filmed, Beyond Illusions bookstore, the place where Jim Morrison made a film, the Fox Venice Theatre, the cultural centers Beyond Baroque and SPARC.

Venice has been called the Center of the Universe, the Last Resort, the living future of contemporary American history, the living national monument to the achievement of the American dream, and the world´s largest outdoor outpatient clinic. The Sixties started there sooner than most anywhere else, and then di

The author was always impressed by book jacket bios that listed an eclectic assortment of jobs, and consequently went on to do several interesting things for pay. Overtaken in 1978 by the urge to live in a really weird place she moved to Venice, California, and stayed there six years. More recently, she edited and published 25 issues of a well-reviewed zine, Salon: A Journal of Aesthetics.