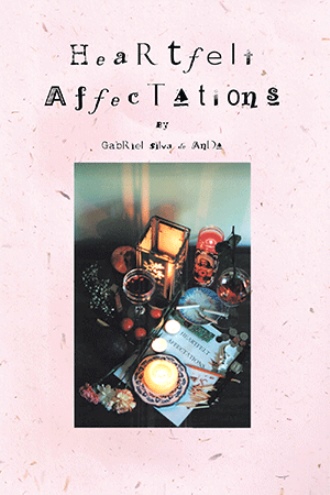 The novel is three intertwined stories with one central character, the narrator, Christian Verdugo.

Story One deals with Christian and his relationship to two friends, Ezer Kadosh and Miel Mishima, both aged 23. They have been friends since high school. This story deals with each of the characters as they develop and seek to gain independence from each other´s influence. In the course of the story, Ezer will embark on a commercially lucrative career as a painter/artist, and he will come out of the gay closet, declaring his interest in Christian, who is not gay. This, of course, causes problems. Miel is a musician with his own band, and he is also on a path of self-discovery that includes his band, his art, his love of a woman five years his senior, and his experimentation with drugs.

Story Two deals with Christian´s broken heart over a girl named Maribeth who has left the country and fallen in love with someone else. Christian, in an evolving effort to ease his heartache, will have an affair with an art school teacher, a woman 14 years his senior, known both to him and Maribeth. This affair will prove to be an instructive, enlightening adventure for Christian.

Story Three deals with Christian´s job working for a crazy and irresponsible attorney, Gordon Hamilton, who is stealing money from his clients, and living the life of sybaritic excess. Gordon´s irresponsibility will cause a lot of authority to be delegated to Christian, a precocious young man growing up quickly through circumstance. Gordon will end up stealing from the wrong client, a Mexican Mafia hitman and criminal defendant, which will result in Gordon´s disappearance and probable but unconfirmed execution. In a bizarre twist, this hit man, Oscar Godoy, will take a paternal and professional interest in Christian, and offer him a job. A job doing what, Christian can only guess.

These three stories will run simultaneously and meld at the novel´s end when Christian escapes to Mexico to reassess the direction of his life.

Gabriel S. de Anda, a practicing attorney as well as a writer, lives in Los Angeles, California. His stories have appeared in Gordon Linzner’s New York magazine “Space and Time,” and Chris Reed’s British magazine, “Backbrain Recluse.” He has also published poetry in “The Best Chicano Literature 1986”, edited by, among others, Mario Vargas Llosa. Mr. de Anda is the author of the science fiction novel, “Scissors, Rock and Paper Doll,” and is currently working on a novel about two generations of a Latino family, spanning their origins in early 1900’s Mexico, and following them into post-millennium Los Angeles, California.