WWII A Blink Into Our Seventy Three Year Marriage 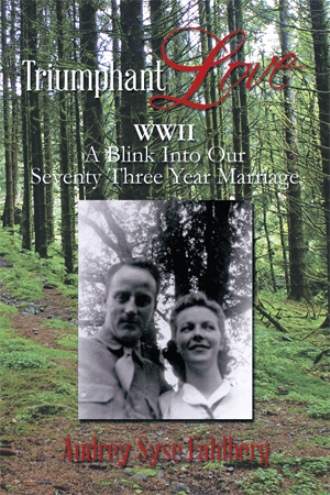 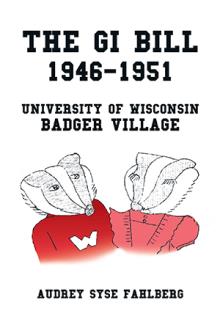 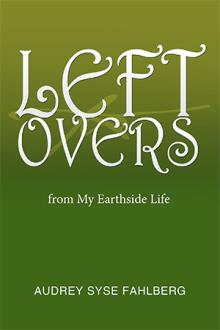 My true story of a marriage that lasted seventy-three years and of our family during WWII, train travel to Texas, and the obstacles encountered while there. Abilene, near Camp Berkeley, became our home; and Austin, near Camp Swift, before our soldier left for war in Italy with the Tenth Mountain Division as a frontline combat medic. His Letters Home from Italy, family, love, and reverence gave us hope. War is a paradox of love and hate, birth and death, light and darkness—and in all things—prayer and the grace of God. War is hell—a human mistake! There may be something here a good learner would not want to miss: hope—hope for the human condition. “War does not determine who is right, only who is left.” Bertrand Russell Audrey Syse Fahlberg

Audrey Syse Fahlberg was born and raised in Blanchardville, Wisconsin, by Norwegian parents. She was married to Willson J. Fahlberg on July 30, 1938—a marriage that lasted seventy-three years. Mother of four children, she has four grandchildren, five great-grandchildren She attended University of Houston, majoring in communication arts; studying literature, creative writing, editing, and languages. She was initiated a member of Scholastic Honorary Journalism Fraternity Kappa Tau Alpha on May 3, 1966. Audrey has held membership in Women in Communication (Ladies of the Press), World Association of Women Journalists and Writers (AMMPE), Texas Society of Association Executives, American Advertising Federation, World Trade Club, International Business Committee of Houston Chamber of Commerce, and Traveler’s Century Club (traveled to one hundred fifty countries) and has published her newspaper, Convention Scene Houston, and headed her own corporation for more than thirty years. She lived in Houston, Texas, where her husband was a professor at Baylor College of Medicine for more than thirty years, and in Del Mar, California, for twenty years.