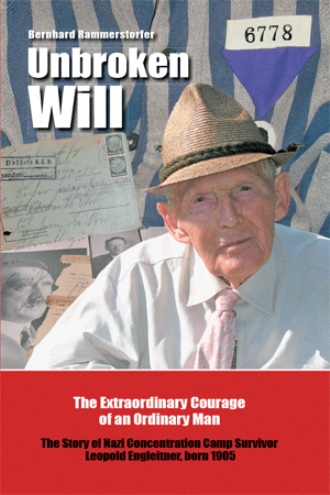 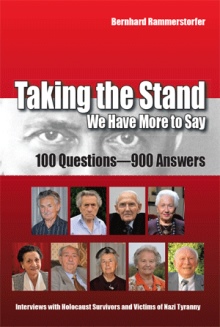 Taking the Stand: We Have More to Say
Bernhard Rammerstorfer
$19.99

"This book is a milestone in recording the horrors of National Socialism. It is essential reading, and I am delighted that the translation has already received such keen attention in the United States."

-Heinz Fischer, president of the Republic of Austria

"This book is not only an enthralling read; every detail in it has also been thoroughly researched. From a scientific point of view, it is one of the most reliable biographies of a victim of National Socialism."

"You have given current and future generations a priceless gift by recording Mr. Engleitner's life story. His experiences remind us of the strength of the human will to overcome even the most horrible and challenging circumstances."

WHEN LEOPOLD ENGLEITNER WAS NINE YEARS OLD, an event of historical significance for the world that initiated the First World War took place in his hometown. Moreover, although Leopold Engleitner and his contemporary Adolf Hitler, who was sixteen years his senior, grew up in the same province (Upper Austria) and shared the same cultural background and educational system, the convictions and attitudes they developed were diametrically opposed. Whereas Adolf Hitler caused untold suffering to millions as a merciless mass murderer, Leopold Engleitner devoted his life to peace, refusing to buckle even in the face of death.

The ordinary farmhand found the extraordinary courage to follow his conscience. He refused to serve in Hitler's army and did not even use the Nazi greeting "Heil Hitler!" Suffering unspeakable cruelty in three concentration camps he grew so thin that he weighed less than sixty-two pounds. Yet nothing and no one could break his will. Astoundingly, he could easily have had his freedom: all he had to do was sign a paper renouncing his religious convictions as one of Jehovah's Witnesses, but he steadfastly refused. And he never lost his optimism. In the concentration camp, he even bought a suitcase for the journey home it seemed impossible he would ever make.

His unshakable faith in God helped Engleitner to lead a full and happy life despite constant rejection, and he never lost his zest for life as he became the oldest and one of the best known male concentration camp survivors in the world. His unexpected rehabilitation was achieved thanks to an extraordinary friendship. Though already far advanced in years, he travelled more than ninety-five thousand miles across Europe and the USA, between 1999 and 2012, testifying as a witness of history to ensure the past is not forgotten; as such, he became a model of tolerance and peace.

Letters written by Engleitner during his internment and believed lost for nearly sixty years were discovered; and their combination with original minutes of police and court proceedings, reports from the concentration camps, and personal accounts of traumatic childhood incidents from one hundred years ago constitutes an impressive firsthand history.

Bernhard Rammerstorfer, born in 1968, has produced a number of publications and award-winning films relating to National Socialism that have appeared in various languages and countries. He has given lectures at schools, universities, and memorial sites in Europe and the United States, including Columbia University, Harvard University, and Stanford University. www.rammerstorfer.cc or www.unbrokenwill.com